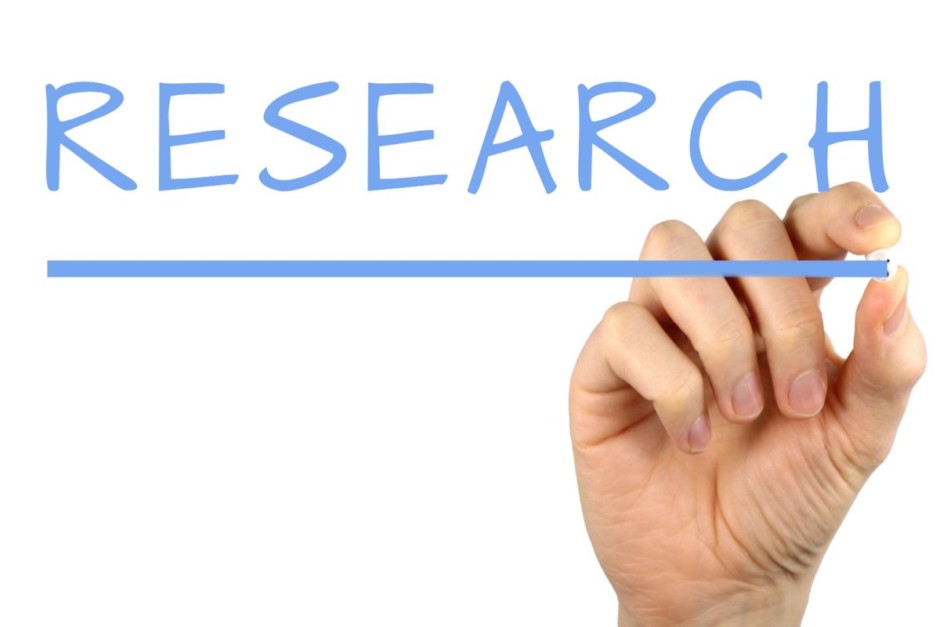 Each year NZCCSS organises a Researchers Network meeting to bring together people involved with the social services in our networks and share the research results or projects that they are involved with. The research undertaken within our networks covers a wide range of issues including loneliness and isolation among older people, the experience of prisoners on release, youth unemployment, the migrant worker experience, measuring outcomes in the community sector, how the churches should respond to the SDGs and wider environmental impacts in the Pacific. Here are some of the results and reports that have appeared this year with links to follow up for more information.

Youth Unemployment and Life After Prison

The Salvation Army Parliamentary and Social Policy Unit has continued to generate a series of high quality reports and analysis of social issues. The two most recent reports have focused on two important issues: youth unemployment and the experiences of people leaving prison.

The 2016 What Next? report argues that no young person must be allowed to leave school to nothing—no job, no further training, no hope. The Salvation Army has issued a challenge to Government, educators and industries, calling for more meaningful training and employment opportunities for New Zealand young people—especially those from poorer communities. With around 75,000 young people aged between 15 – 24 not in training, education or employment, there is a crucial generation of young people missing out and more active measures are needed to overcome the many barriers these young people face to get on in life. 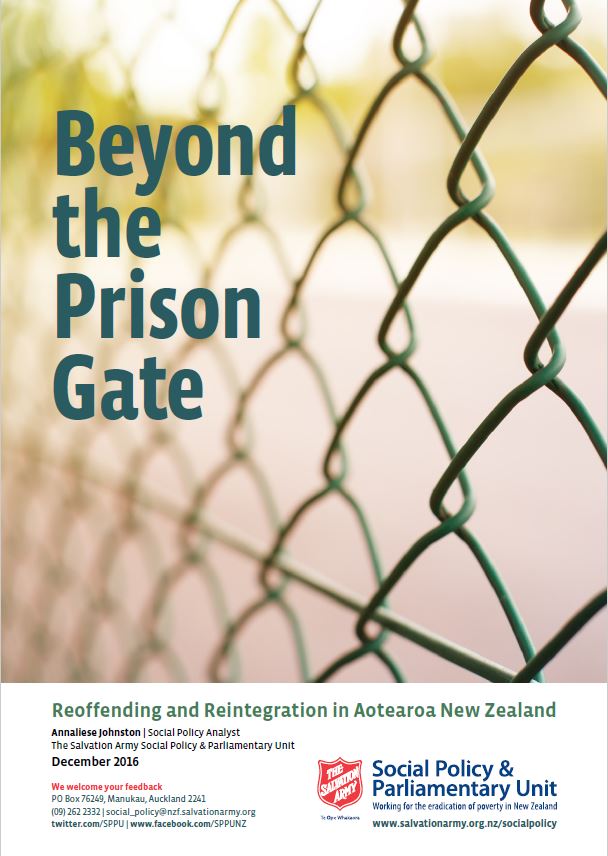 The Beyond the Prison Gate: Reoffending and Reintegration in Aotearoa New Zealand report released in early December, turns the focus to the experiences of past inmates for a first-hand look at how the system impacts those who have been released and how things might be improved. The report argues that the prison system is failing prisoners and the public and recommends reducing spending on custodial prison sentences and moving investment to programmes that will reduce crime and support reintegration for the around 15,000 people released from prison in New Zealand each year. Such programmes would include better access to accommodation and health services, private-public partnerships to provide employment, and mentors.

‘Purchasing better outcomes’ has become a kind of “Holy Grail” for government in its dealings with the voluntary and community sector over the past 30 years. But has it simply become a “black hole” into which a lot effort has been expended with no real effect? These are some of the questions that Garth Nowland-Foreman, from the LEAD Centre for Not-for-Profit Leadership, askes in his recent paper looking at measuring outcomes in community organisations. Garth is an experienced researcher and educator on management and leadership in the non-for-profit sector and his paper Outcomes, Accountability and Community and Voluntary Organisations: Holy Grail, Black Hole or Wholly Possible?, is online on the Community Research website.

In a realistic assessment of the whole complex development of outcomes measurement in the sector, he concludes that community and voluntary organisations need to “seize their own destiny” in the outcomes measurement process. He reports that successful organisations keep a clear sense of purpose and an emphasis of the theories of change being used in the work they are doing that will actually lead to the changes desired. Effective organisations also develop their own learning systems by being transparent about how they work and listening to all involved. A “double set of books” is also needed – organisations making sure they measure and report on what they know is important for the success of their work, in addition to reporting what funders might want to know. 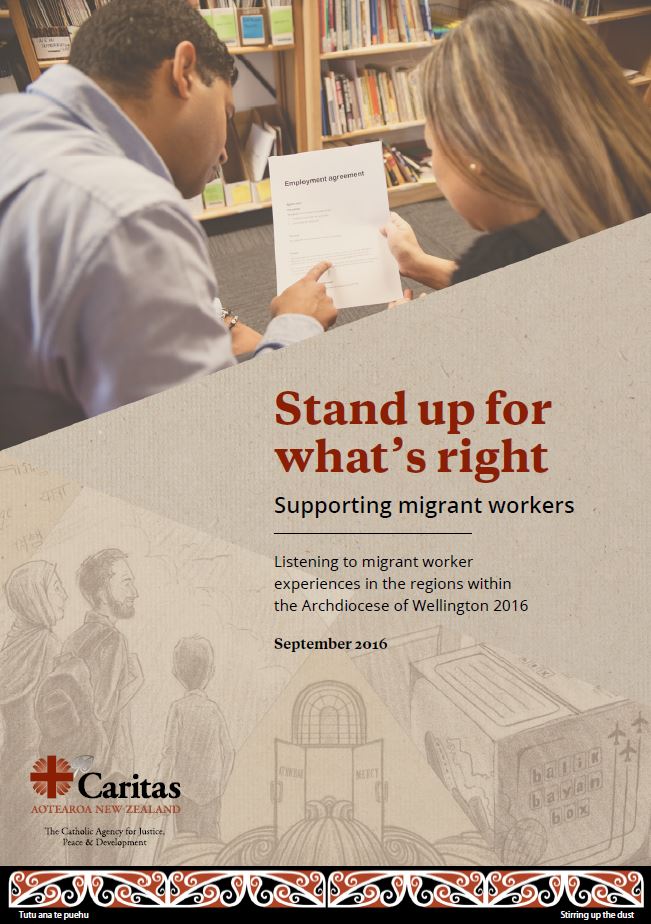 The recent Caritas report exposed some of the unfair treatment and unreasonable working conditions that migrant workers face when coming to New Zealand. The Stand up for what’s right – supporting migrant workers report is based on a series of qualitative interviews with new migrants who agreed to share their stories with Caritas. As Caritas Director Julie Hickey pointed out when the report was released,  “people who took jobs that paid below the minimum wage felt they had ‘no choice’. Below minimum work conditions were depicted as ‘normal’ by the employer and then taken on as a ‘necessary sacrifice’ by some migrant workers.” The report identifies the role that community and churches can play in supporting migrants and helping them to advocate for their rights. It also calls for employers to recognise their responsibilities for good employment practices and for the government agencies to do more to proactively monitor workplaces.

The Methodist Public Issues Network has been exploring more about how churches can respond to the Sustainable Development Goals. Network coordinator Betsan Martin shared a report on the August churches workshop on climate issues involving a wide cross section of church and NGO representatives. and the Public Issues resources website includes links to a range of other analysis and ideas for action by churches and communities.

Hunger and Thirst in the Pacific

Another recent Caritas report, Hungry for Justice, Thirsty for Change, follows a similar theme of social impacts of climate change in the Pacific. Up to 4.7 million people in the Pacitic region were affected with water and food issues at the peak of the most recent drought. This combined with extreme weather events like cyclones and floods means Caritas upped the level of threat to safe water and food supplies to “severe” in 2016. The report assesses the situation across a number of countries where Caritas works and makes a number of recommendations for actions including calling for the New Zealand and Australian governments to fund programmes in the region that are better targeted to supporting resilience in times of climate change. It also calls on both governments take urgent steps to transition their economies to low carbon and reduce emissions below the targets agreed internationally to limit the impact of climate change.