Reapplying for a benefit : an opportunity or another hurdle to fall over

Home/Uncategorized/Reapplying for a benefit : an opportunity or another hurdle to fall over 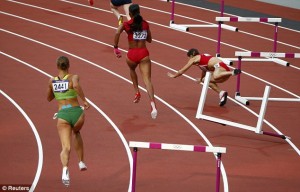 Plans to require sole parents to reapply for a benefit after a year is currently being considered as part of the ‘Support for Children in Hardship Bill” [Part 1]. What would this change mean to sole parents on a benefit?

It is always tempting to find a nice simple answer to a difficult question but the reality is sole parents are not a single demographic and there is enormous diversity across this group. For some sole parents, the re-application process may well be an opportunity to reflect on how things are going and revise goals or set new ones. For other sole parents, either fronting up for an interview (when they don’t have childcare, or money for travel) or filling out a new 48 page application form (when they can’t read well) may add yet another hurdle to fall over, taking them further and further away from self-reliance.

As Pam Waugh, Vice-President of NZCCSS said in a recent Radio New Zealand interview “Re-applying for the benefit helped re-set their goals, but any hiccups in the process could create difficulties. If they’re suddenly forced to re-produce documentation, if the appointment is set at the wrong time when the children are coming out of home from school and they have to sort that out, that’s when the hardship increases and that’s when the extra cost of complying come into place“. Susan St John, Spokesperson for Child Poverty Action, also raises concerns saying” The worry is that what may happen is that more barriers are put in a place to prevent sole parents from getting access to the money that they and their children desperately need“.  We know financial sanctions are applied to households with dependent children.

Any change to the current application system must be made in conjunction with a robust monitoring and evaluation process that assess the impact on sole parents across a broads range of indicators. Collating statistics can only help us to understand some of the story. Failure to monitor the impact of any change to sole parent benefits on highly vulnerable children and families/whanau, knowing that they represent some of our most disadvantaged citizens, would be morally unacceptable and would seriously undermine the Vulnerable Children Bill 2014 and its focus on protecting children from harm.

Listen to Minister Tolley’s interview with Radio New Zealand on the proposed changes.