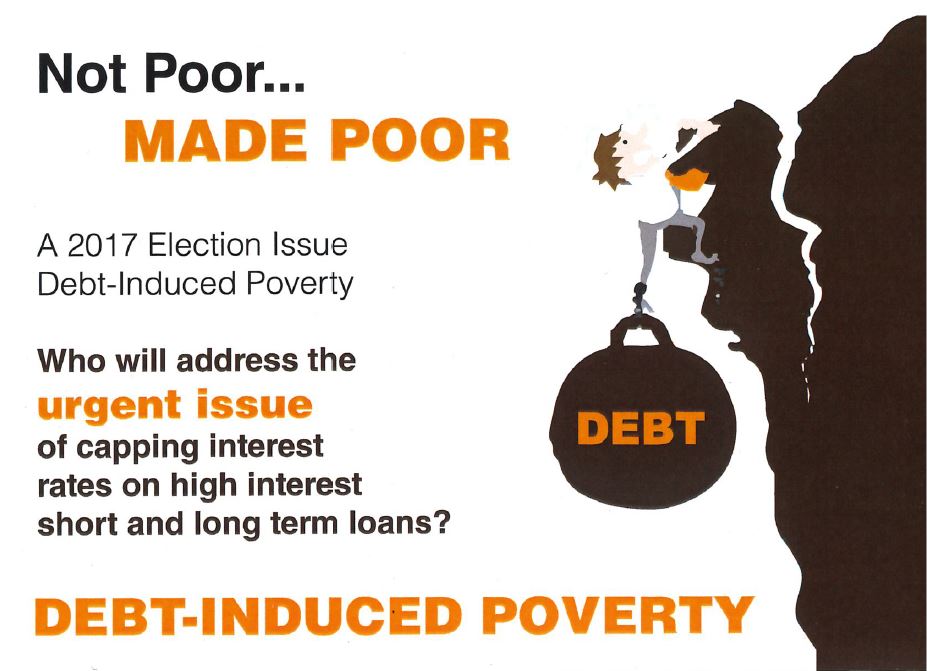 Access to no-interest loans and a cap on the maximum interest rate on loans are two ways to help people on low incomes to escape the poverty trap of high interest debts. As reported in Kete Kupu June 2017, communities are under siege  from predatory lending practices.

In the lead-up to the General Election, a grouping of Catholic women’s religious orders, including the Sisters of Mercy Wiri and the Good Shepherd Sisters, got together to lobby for more regulation of pay day loans and other high interest loans that are proliferating around the country.  It is not uncommon for loans have interest rates of 1.5% per day, which means several hundred percent per year.

The good news following the formation of the new Government is that Consumer Affairs Minister Kris Faafoi has instructed officials to look at how low such a cap might be. NZCCSS in its submissions on previous changes to credit regulations has supported calls to cap interest rates at a maximum of 50%. We look forward to the chance to comment on any proposed cap in the near future.

Nga Tangata Microfinance is an initiative partnering NZCCSS, CPAG and combined budgeting services organisations to provide an alternative, no-interest loans service for people on low incomes. The final report of an evaluation of the programme undertaken by Auckland University Business School has just been released and it confirms the effectiveness of the Nga Tangata approach. Three quarters of those helped are household with children and the report shows that the borrowers experienced significantly improved well-being, reduced stress and a peace of mind. It is estimated the loans have saved borrowers over a million dollars in interest and other charges.

Read the CPAG media release on their website and it includes a link to download the full report.