How Well Supported Are Older People?

The Government chose to focus on the positives around support for older people in its media release in response to a report on relationships and emotional support in advanced age released in September. 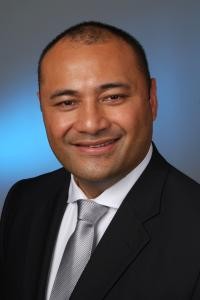 Associate Health Minister Pesata Sam Lotu Iiga said that, “This report suggests that the majority of our elderly population are very much part of groups who provide the emotional support we all need to live healthy and fulfilled lives.”

The report is part of a series produced by the long term research project LiLACS from Auckland University. It is indeed wonderful that in our country the overwhelming majority of older people enjoy a good level of support and good relationships in their old age.

Reading the report suggests the goods news needs to be tempered by the significant minority of older people who are not well supported. In the context of continuing pressure to reduce real health spending, strain is being put on the very networks that this report identifies as providing the kind of support that ensures older people stay healthy, connected and reduce the likelihood that they will need higher level or more acute health services.

Elder Abuse  – the darker side

Elder Abuse is the darker side of the story and research published by the Office for Senior Citizens in July shows that elder abuse is experienced by and significant minority of around one in ten older people. Researcher Charles Waldegrave from the Family Centre Social Policy Research Centre projected a 40% increase in elder abuse over the next decade if no further action to taken to deal with it. New Zealand’s rate compares with other international studies that gave rates of between 3% to 27%. While international comparisons are limited due to different ways of measuring elder abuse and different age groups covered, New Zealand’s rate is consistent with countries like Australia. The report also identified how the impacts of elder abuse tend to be higher among the must vulnerable and marginalised people.