After the deluge of media attention in recent weeks, it will come as no surprise that the homelessness numbers are on the increase. The latest total had hit nearly 42,000 in 2013 according to Otago University researchers, not including those living in emergency accommodation such as night shelters (in 2006 this was around 650). 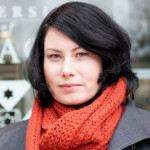 Severe housing deprivation (homelessness) had worsened greatly by the 2013 Census compared to the previous Census in 2006. This is the main conclusion of the Healthy Homes He Kainga Oranga Severe Housing Deprivation research project that released the updated headline numbers on 3rd June.

“Homelessness is worsening in New Zealand in terms of both numbers and as a proportion of the population. This upward trend accelerated between the 2006 and 2013 censuses, compared with the 2001 and 2006 period,” said researcher Dr Kate Amore.

The detailed report is still to come but the new numbers shed some more light on real housing need, as compared to the 4,585 on the Government’s social housing register as at 31 March 2016, that does not capture most of those in severe housing need.