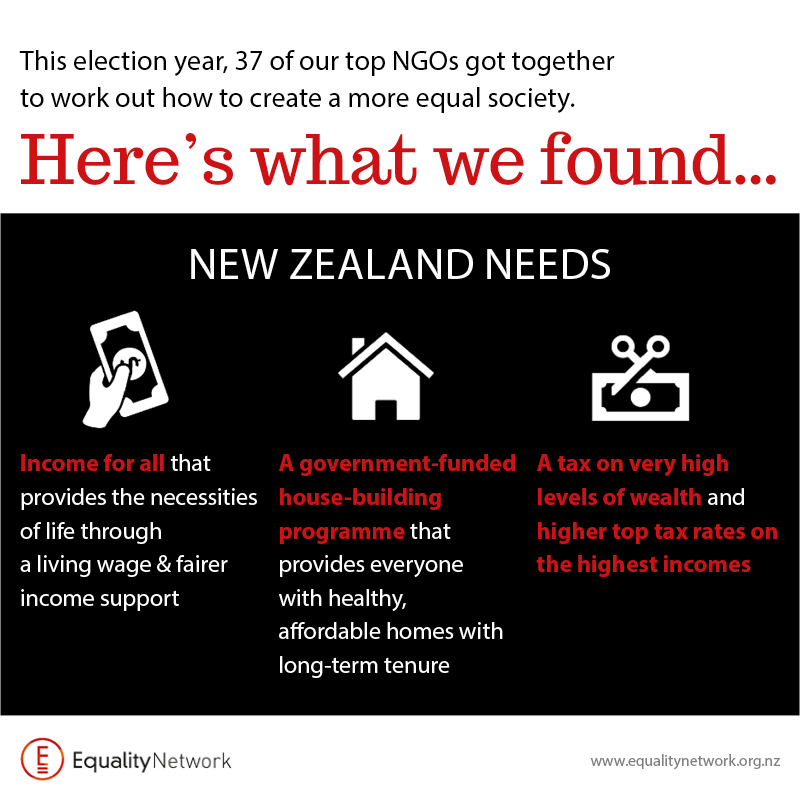 Inequality remains the big issue in peoples’ minds heading into this election. The “Great Divergence” that opened up in the 1980s and 90s, is not reducing so the groups that are part of the Equality Network have come up with 3 immediate action areas along with seven other longer term ambitions that will rebalance our society and economy towards fair opportunity for all.

The past weeks have shown how hard it is to speak up about life on a benefit and how unfair the treatment you receive is – depending on your gender and race. But courageous people like Debbie, Mareta, Maddie, and Nathan are telling their stories of the hardships and difficult choices they face. Auckland Action Against Poverty has been talking to those living in poverty with #NotEnoughLeft. Their voices are not heard in the debate about poverty and inequality. As one sole parent describes it, you are “exposed to a system that is riddled in discriminatory policies that punish people for ageing, for being injured, for being victims of the wider systemic flaws that impact individuals on a micro level.” Read more about Not Enough Left.

Three simple things that would make like better for people not in paid work and their families that include nearly 200,000 children, are: change the In-Work Tax Credit to a Child Tax Credit so children in non-employed families can receive it; lift core benefit rates to a fixed percentage of the average wage (like NZ Super is set); and reduce the rate at which benefits are abated when people manage to find some paid work.

Living Wage political forums have been happening around the country and the hundreds of people who came along are asking for the Living Wage to be paid by all core public services. Lawyer and advocate Catriona MacLennan has 10 great ideas to pay for a living wage in government including capping public service top salaries and freezing MP’s pay.

A Government-funded house-building programme to help address the housing crisis and provide everyone with healthy, affordable homes with long-term tenure

The Salvation Army has ploughed through the confusing and complex data about social housing in this country and concluded we need to build at least an extra 2,000 – 2,500 more social housing units per year ongoing if we are even to begin to meet the need. In case you are wondering, over the last two years the total number of social housing units (combining Housing NZ, local government and NGO community housing) has actually gone down from just under 85,000 in 2015 to just under 84,000 at the beginning of 2017.

Renters make up half the population and they are the most affected by the poor quality of houses and units that are being rented out. The People’s Review of Renting has collected some of the horror stories, many from people who fear the consequences of speaking up about their terrible housing. The review has five excellent recommendations include a compulsory Warrant of Fitness for rental housing, abolishing letting fees and no-fault evictions, and improving tenancy advocacy support including establishing a Commissioner for Housing. Readers can take action by signing the Open Letter to call for these recommendations to be implemented.

A higher Tax Rate for the Highest Incomes

While the two biggest political parties seem to have largely taken income tax cuts (or rises) off their election agendas, that doesn’t make the problem of our unbalanced tax system go away. Is it really fair that someone on $200,000 pays the same top tax rate as someone on $70,000? It would be fairer for all those earning a higher income to also pay a higher tax rate on any income earned above $150,000. 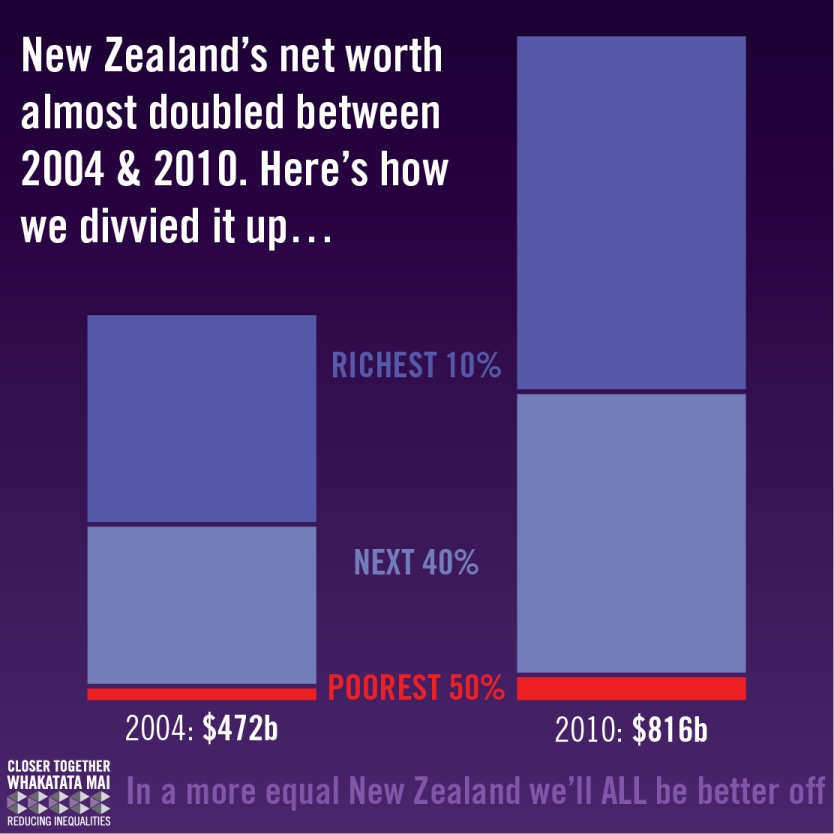 We also need to find a way to bring the un-taxed wealth gains into the system and it would be good if the debate was more than just ‘yes’ or ‘no’ to a Capital Gains Tax. Victoria University tax expert Lisa Marriott talks about other ways of taxing wealth already being done around the world such as inheritance and estate duties. There is the idea of a deemed rate of return on all capital that is treated as income as promoted by Gareth Morgan, while economist Bill Rosenberg writes about other ideas include various ways of designing land taxes, and ways of taxing financial transactions.

Parliament’s decisions impact hugely on how income and wealth are shared and it is hard to earn income, save and build wealth if you are on the receiving end of systematic discrimination. Gisborne community leader Josh Wharehinga suggests that sharing democratic power more fairly could mean bringing back an upper house of Parliament to act as a check and balance on the Cabinet power in politics (although Geoffrey Palmer is not a fan of the idea). But this is only part of the longer process of reimagining how we live together in this country. The report of Matike Mai Aoteoroa, the Independent Iwi Working Group on Constitutional Transformation sets out a range of ideas for how to honour Te Tiriti relationship and is based in rich and sustained consultation in communities throughout the country.

A free healthcare system to ensure everyone can access health support

Healthcare, along with education funding and skills training address obvious major long-term drivers of inequality and disadvantage. The UCAN Health Charter that NZCCSS and other organisations have endorsed, sets out a holistic vision for good health for all. Yet people on low incomes struggle to access and afford the healthcare they need. The link between mental health and inequality in societies is strong and proven and New Zealand is in the midst of a mental health service crisis and facing the worst suicide rates ever. This is but one example of how spending on health is in investment to reduce personal and social costs across our whole society.

Increased education funding to ensure every child and young person has access to free, quality public education that allows them to reach their full potential

The simple message is that free education gives best results. A primary school principal says that while every child in New Zealand has a right to a quality, free education, not all are getting this. Funding has effectively been frozen and this has meant that schools have stopped providing resources that they should be, for example by not painting school buildings, or halting the purchase of new library books.

Another former school principal, Peter Malcolm, points out that countries with the best academic results, such as Finland, have properly free education, including tertiary studies. “If we removed the hidden costs of education and made it properly free for all children, we would create a more just and fair Aotearoa New Zealand which allows every child, regardless of the income level of its household, to thrive.”

The continuing high number of young people (aged 15 – 24) not in education, employment or training (NEET) that has sat around 75,000 for some years, shows that much more needs to be done if our employment market is to serve young people better. Ideas to help us do better include more apprenticeship schemes including a greater focus on younger apprentices, industry specific workforce plans and better coordination with immigration policy so that short term employment needs are not displacing longer-term workforce development and training for younger people.

More evidence about the dynamics of inequality came from economist Bill Rosenberg showing how higher earners have been increasing their salaries and wages faster than those in the lower and middle wage levels. Because of changes made in the 1990s to laws making it harder for workers to organise and forms unions, low paid workers have simply not had enough power to challenge low pay and to effectively bargain for higher wages. This is also reflected in the fact that increases in the minimum wage have not been accompanied by increases in the lower and middle level wages. 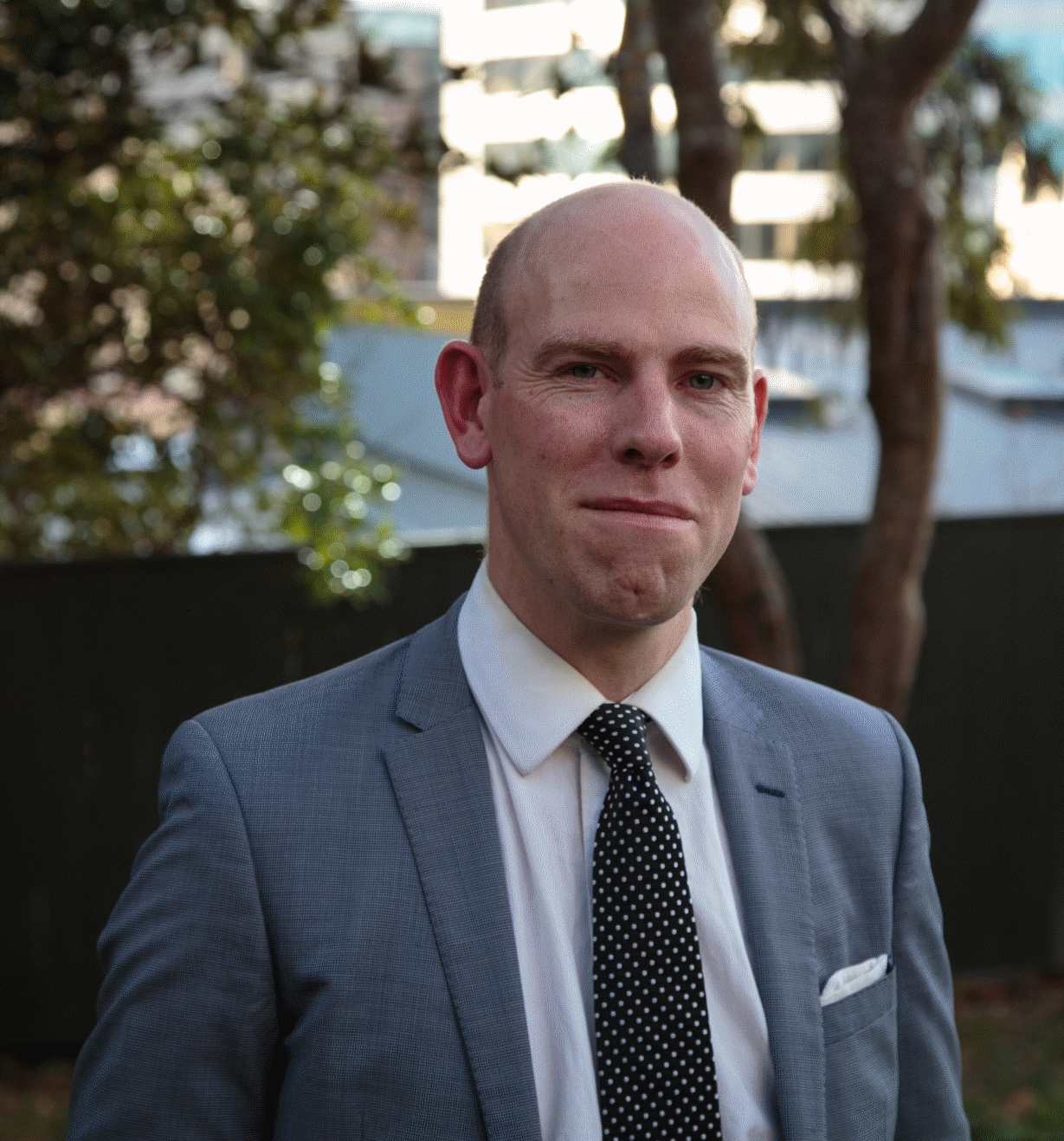 Curbing the influence of the wealthy on politics will remove a roadblock to pro-equality policies, as will creating a better informed and better-connected public. Journalist and researcher Max Rashbrooke has been investigating ways to have better government in the twenty-first century and his analysis of political donations shows reason for concern that “parties are, if not reliant on individual wealthy donors, certainly reliant on wealthy donors as a class”. Among some of the “big ideas” he is promoting to improve this is the idea of every person having an electoral funding voucher to give to the political party of their choice, once every electoral cycle. This could create a strong incentive for parties to engage with the public, while spreading influence equally.

Broadcasting that serves the public interest

How does broadcasting help reduce inequality? Well, it is about Increasing people’s awareness of issues through high-quality broadcasting that serves the public interest. Private media outlets are valuable but our democracy needs public service broadcasting, because, as the European Commission says, it is “a very reliable source of information and represents, for a not inconsiderable proportion of the population, the main source of information. It thus enriches public debate and ultimately can ensure that all citizens participate to a fair degree in public life.”