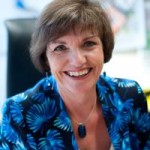 NZCCSS commends the Social Development Minister Anne Tolley (and the Select Committee process) for her decision to reconsider draft legislative provisions that water down the prioritised placing of Māori children in state care with whānau, hapū and iwi.

Radio NZ reported that Minister of Social Development Anne Tolley had spent the last few weeks visiting iwi around the country and talking to the Māori Party and it was clear the wording was not right.

“The best place for any child is with their family, if that’s at all possible and it’s safe and it’s in the child’s long-term best interest.

“Clearly we’ve nuanced that too much, and now we’re in discussions about how we might ease some of those fears from people.”

Making these kinds of changes was part of the parliamentary process, Mrs Tolley said.

“That’s the process of a select committee, that’s the purpose of having the submissions, so that you get a lot of other people having a look at it and giving you some opinions on what they think is reasonable and what isn’t.”

The Select Committee is currently hearing oral submissions on the Bill and will make written submissions available in due course.

Trevor McGlinchey, NZCCSS spoke to the NZCCSS joint submission with Te Kahui Atawhai o te Motu, which expressed strong concern about the lack of engagement with iwi/Maori developing the bill and about the application of the early removal provision and its potential to increase the number of tamariki Maori removed from their homes and placed in non-whakapapa care.

Here are links to submissions made publicly available.  Others will be available in due course.

The Children’s Commissioner’s submission proposes an alternative version of section 13, clarifying that hapū, iwi, and wider family group would be given priority consideration both when a child is at risk of removal and after the decision is made that a child will be removed. The Commissioner questions the lack of adequate focus on meeting the needs of Māori tamariki and rangitahi, saying “We can see little evidence that the new system has been designed with the needs of the majority of the children and young people it serves at the centre – that is, starting from a Māori world view. Rather, the Māori concepts introduced in the Bill give the impression of being secondary considerations for Māori children in addition to the purposes and principles that apply.