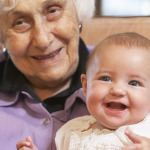 Responding to population ageing is among the great policy challenges facing the society in the 21st century, along with global climate change and growing social & economic inequality.

NZCCSS invited international social policy expert Dr Satya Brink to put New Zealand’s response to population ageing into comparison with other wealthy countries so that we can assess how well we are doing in meeting the challenges and opportunities population ageing.

Overall conclusion – Is NZ a Good Place to Age? Yes, but…

New Zealand ranks in the top handful of countries for overall wellbeing of older people according to robust international comparisons. Among the strengths identified of high rates of tertiary education and high rates of employment among older people there a several points of vulnerability. These vulnerabilities include: future income security in pension policy, high rates of obesity, declining home ownership rates, and a relatively high proportion of the population receiving long term care.

A key policy challenge that wealthy, developed countries face is managing the trade-off between fiscal sustainability of public policies and income adequacy for older people. Future policy must focus on a balanced “made in NZ” approach that does not pit private against public and generation against generation.

Comparing a range of policy areas emphasises the need for New Zealand to adopt a whole of government approach to its response to population ageing. A “policy evaluation office” that would examine policy successes in relation to objectives around population ageing would help ensure that the policy focus on maintaining and building overall wellbeing is given a high priority as our population ages.

New Zealand, along with Sweden, has a significantly higher proportion of public transfers as sources for income in older age than the other countries in the study. This shows the relative importance of NZ Super in maintaining incomes for older people in NZ.

Health expenditure as a share of GDP and its growth rate are both comparatively high in NZ. The challenge is to control this growth that is driven mainly by “residual costs” (technology, prices, institutions), rather than demographic and demand growth.

There is an enormous gap between projected growth in the need for long term care workers (3.2%) and actual labour force growth (0.6%) by 2025.

A doubling of overall long term care costs by 2050 is projected. Healthy ageing can have some impact in reducing growth in costs but most impact will be achieved through containment, productivity and efficiency gains.

NZ has the highest proportion of population receiving long term care either at home or in an institution among the five countries in this study and indeed has the 4th highest rate in the OECD.