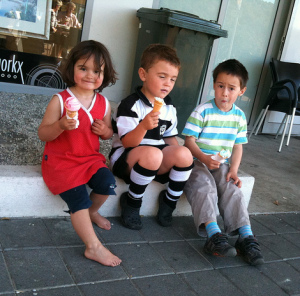 New Zealand’s children have been the focus of international interest of late and early reports suggest their verdict is mixed.

Social Development Minister Anne Tolley led a delegation to Geneva to discuss New Zealand’s Fifth Periodic Report under the United Nations Convention on the Rights of the Child (UNCROC), and to her credit this is the first time a minister has led a government delegation.

Non-government agencies were also part of the delegations and included UNICEF NZ, Action for Children and Youth Aotearoa (ACYA), along with Judge Andrew Becroft, the Children’s Commissioner.

Geneva is a long way to travel but fronting up to the UNCROC committee every 5 years presents an invaluable opportunity for New Zealanders to reflect on how our children and young people are faring, and on what, as a society, we are doing well and what we can do better.

Early feedback from the UNCROC Committee indicates confusion about the current social investment approach to policy, service delivery and funding that targets our most vulnerable children (children in state care and those vulnerable to harm and abuse), and about how this approach impacts on children outside of this definition.

Amal S. Al- Doseri, Vice-chairperson of the Committee on the Rights of the Child, UN in Geneva, said.

We are well aware of the mandate of the Ministry of Vulnerable Children. We are happy to see that a special attention and this huge effort is put for the protection of the vulnerable children. However, I have to reiterate what was mentioned by my colleague yesterday that the convention on the rights of the child is not about vulnerable children, it is about every child living in the state party. What we appreciate more as a committee is the consideration of each right stipulated in the convention, of each and every child, living in the state party with equal importance. This can be achieved by developing one comprehensive national strategy in light of the provisions of the Convention for all children, including vulnerable children. On the other hand, and looking at the name of the existing ministry of vulnerable children, the name entails a stigma and labelling of a certain group of children. Another point is, what is the definition of vulnerable children? Does it include immigrants and refugees? LGBTIs and children living in poverty? Children without family environment…etc?

UNICEF NZ Executive Director Vivien Maidaborn, who is part of the non-government contingent, talks to Radio New Zealand about the concerns raised at the UNCROC Committee.

There is no doubt that an intensive focus on children in state care is long overdue and that as a country we need to do far more for this group of children and young people. The Children’s Commissioners State of Care Report 2016 supported many of the findings of the Expert Panel Final Report: Investing in New Zealand Children and their Families.

It is however the narrow scope and meaning of the terms ‘social investment’ and ‘vulnerability’ that is at the heart of the contention raised by the UNCROC Committee and by child advocacy groups in New Zealand.

The United Nations Convention on the Rights of the Child makes clear the rights-based obligations of signatory countries must apply to all children and not targeted groups of children. This means public resources should not be ciphened off from one group of children (universals) to another (targeted) but rather additional resources need to be made available to groups of children where required (proportionate universalism).

There are so many arguments to support child-centred policy-making that starts with the provision of basic needs necessary to child development  – rights based, science-based, empirical medical evidence- but surely intrinsic human compassion for each other transcends all of these arguments. A recent Good Sort Fletcher Armer, aged 5 is a reminder of this.

Fletcher from Rotorua did chores to save money to buy pyjamas for three lovely children who live in a household where money is beyond tight to afford even the basics. We learn one of the children has rhematic fever and heating means opening an oven door.  We also see the face of their young dad thrilled with this unannounced gift. And at the end of the story, Fletcher’s mother said very simply  “If you can’t teach them anything else, teach them to be kind“.

There are enough resources to go around to ensure all of our children have access to basic resources and if there really isn’t enough then it’s time to ask…. why not?

UNCROC’s content can be roughly divided into the following categories [source: ACYA]

Fifth Periodic Report by the Government of New Zealand 2015

ACYA – Walk for a bit in my shoes .. it isn’t actually that easy: Supplementary information

ACYA – Counting what matters – valuing and making visible the lives of children with disabilities : Supplementary information

Minister to attend UN Committee in Switzerland  – Social Development Minister Anne Tolley will this week lead a delegation to Geneva to discuss New Zealand’s Fifth Periodic Report under the United Nations Convention on the Rights of the Child (UNCROC). The treaty, ratified by New Zealand in 1993 and which includes a total of 195 countries, requires states to report to UNCROC every five years on the progress being made on children’s rights, while identifying areas which need further work.

Minister answers some tough questions on childrens rights in NZ – The Government’s answering some tough questions from the United Nations on the rights of children in New Zealand.Minister of Social Development Anne Tolley has led a New Zealand delegation to Geneva, reporting on whether the rights of the nation’s children are being upheld. The UN Committee on the Rights of the Child has already spoken to New Zealand non-government organisations such as UNICEF, Action for Children, Youth Aotearoa and Children’s Commissioner Judge Andrew Becroft before preparing questions for the minister.

Litany of missed opportunities hurts NZ children and young people most – A 23-year litany of missed opportunities by successive governments has led to a grim picture for New Zealand’s children, with more living in poverty, more homeless and more children being hurt and killed by those looking after them. This is according to a report by Action for Children and Youth Aotearoa (ACYA), an NGO, submitted to the United Nations about how the New Zealand Government is implementing the UN Convention on the Rights of the Child (UNCROC).UNCROC is a legally-binding international agreement setting out the civil, political, economic, social and cultural rights of every child, regardless of their race, religion or abilities.

UNICEF –  UN to examinee New Zealand’s approach to child rights – “We support the Minister’s leadership and direct involvement in closing the gap between the Convention on the Rights of the Child and New Zealand’s patchy progress to achieve these rights, especially for Māori children.”