The disturbance of life-as-usual wrought by COVID-19 has sparked a major rethink for many people and organisations. For individuals, the pandemic is allegedly fuelling a resignation tsunami. For organisations, the rethink is more along the lines of: do we need to be in this space? Is this what we want to be doing? Can we do what we do differently or better?

Presbyterian Support Northern (PSN) undertook such a rethink in the wake of the exponential growth in demand on its foodbank as Auckland’s lockdowns rolled on…and on.

PSN’s foodbank ran on traditional lines. Food – or money to purchase it – was donated and the foodbank opened its doors four days-a-week to distribute prepared parcels. The parcels solved people’s immediate need to feed themselves for a few days.

During the peak of the pandemic in 2020, PSN’s Community Relationship Manager Anne Overton took over running the foodbank. That’s when the issue of the dignity of people in need hit Anne especially hard. 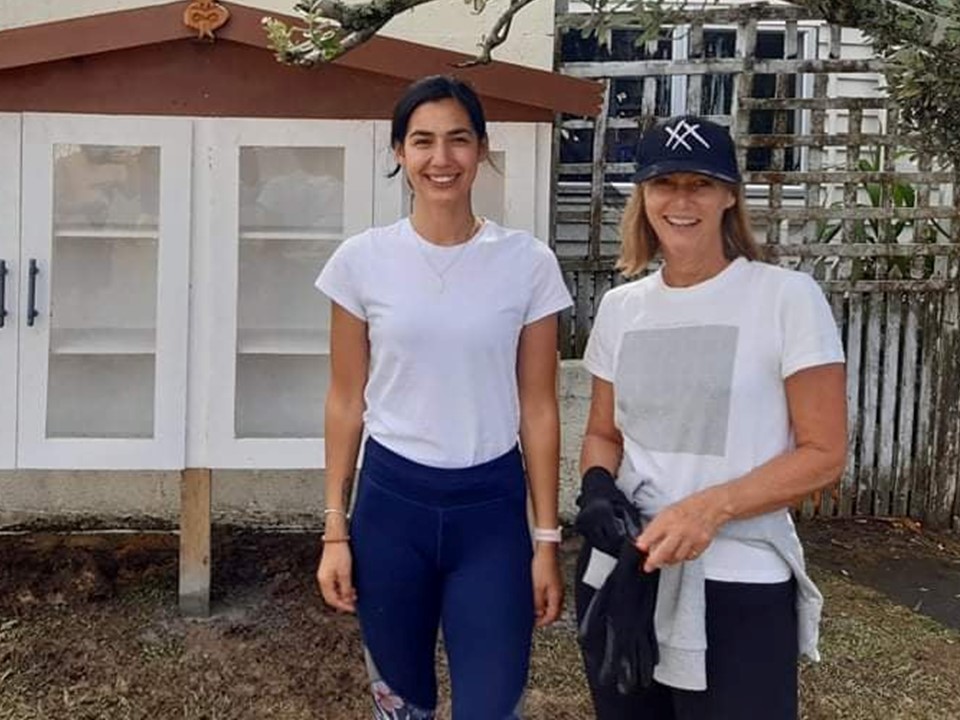 The humbling experience of working through this time gave rise to the questions of: “How can we give people in need more dignity and more sovereignty over food? And, how can we better meet their longer-term needs?”

The questioning coincided with other changes. The foodbank had been located in St David’s Presbyterian Church in Grafton. The church had been sold and PSN was on the lookout for new premises.

The logistical challenges of having to physically move its operation aside, the change offered PSN the opportunity to build a different model that enabled it to be more than the ambulance at the bottom of the cliff for its community. And as a vision for the future emerged, ‘community’ became the key word.

“Right now, there are some exciting initiatives in community food distribution. We’ve done a lot of research and taken the time to really think about how we want to move forward,” says Anne.  “What we’re developing is a new, more grassroots foodbank model called Communities Feeding Communities.”

It’s about more than solely providing food for families. It’s about feeding people spiritually and ensuring relationships are valued and supported.

PSN’s Mt Roskill community hub incorporates community gardens, a food forest and a pātaka kai (a pantry or storehouse full of dry goods like canned food, pasta and rice, etc) that is accessible to all. The idea behind pātaka kai is that people are welcome to take what they need and bring what they can in exchange.

Anne attributes much of the success of rapidly growing community participation in the hub to the connections of PSN’s social workers in schools.

“The social workers have been the gateway to building connections. The first phase of Communities Feeding Communities was to set up a pātaka kai at May Road School, where we had a social worker in school. We set that up while quietly developing the site at 1207 Dominion Road, Mt Roskill, and in the process, we’ve been able to build trust and show integrity. As a result, relationships deepen and people get involved. People are really interested in what we are doing.”

Anne particularly notes the help given by Saint Kentigern’s Boys and Girls schools. “The schools donate food for the pātaka kai and have done a lot of work in setting up the community space. We have a fantastic relationship.”

Currently, Anne has three colleagues working with her at the hub itself and is on the lookout for more volunteers – those who have the skills that fit with the new approach.

In taking such innovative steps forward, PSN couldn’t have chosen a safer pair of hands. For many years Anne ran the Epicurean Workshop in Auckland before devoting nine years to working in an orphanage in Brazil. She says this is where she learned about being community-led and to really listen to people.

“At the core, being community-led is about reciprocity and relationships.”