The Social Security Rewrite Bill has been reported back to Parliament by the Select Committee. The report is brief, just 11 pages long and makes few changes to the Bill. It includes minority reports from the Labour Party and Greens that point to the many issues raised by submitters that are not addressed in the Bill. It can be expected that there will be a lot of further debate when the Bill comes back into Parliament and there is still some opportunity for change. 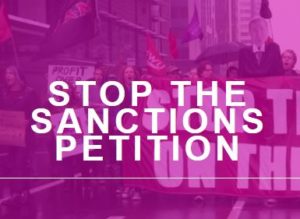 One change that NZCCSS strongly supports is to remove the parts of the Bill that continue the practice of taking away part of the welfare benefit from mothers of children who do not disclose the birth father. These sanctions affect some 13,000 women (and a very small number of men) and some 17,000 children.

Auckland Action on Poverty has set up a Stop The Sanctions petition and Child Poverty Action Group has come out strongly in support. CPAG spokesperson Professor Mike O’Brien describes the benefit sanctions as a “punishment for children”. He also said: “Beneficiary mothers are rearing their children in very challenging circumstances and we should be supporting them to do the very best job possible. Punishing the children by removal of their livelihood is not a way to support the mothers – inevitably it makes a difficult situation much worse”.

Take action by signing the online petition to Stop the Sanctions.