State of the Nation Report: Off the Track

Home/Uncategorized/State of the Nation Report: Off the Track

Off the Track: State of the Nation Report 2017 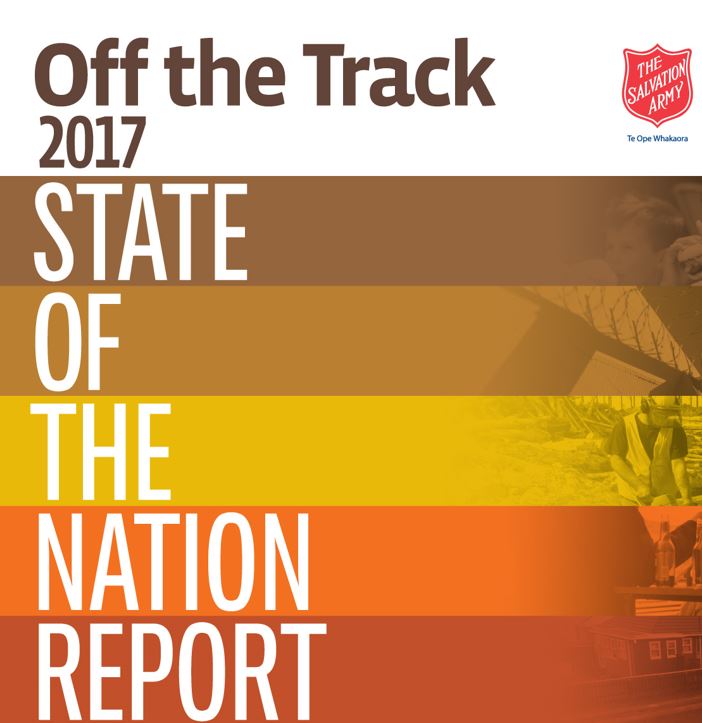 is the tenth report in the State of the Nation series by the Salvation Army and its author Alan Johnson.

The title of the report is inspired by a poem by Robert Frost, The Road Not Taken, which centres around a decision to take a path less travelled and the difference it made.

The report skilfully looks at the current policy track we are walking down (a focus on jobs/GDP) and asks Are we still on the track to a shared prosperity as a national community or have we started to wander off this track?

While the report identifies areas of positive social progress (rising employment/wage growth, reduction in youth offending and falling teenage pregnancies), it finds some critical areas where social progress is simply not being made:

None of these areas will be a surprise to our NZCCSS social service workers or social workers, who work in communities where rent, overcrowding and transience is high, paid work is temporary and low paid, and money to pay for basic needs is well short of what is needed. For this group among us, New Zealand has well and truly gone off track.

The report ends with a challenge from Lieut-Colonel Ian Hutson to politicians and all of New Zealand, during this election year…

..to think deeply about the social progress we want to achieve for ourselves and our children. Are we heading off the track in a way that benefits only a few (and perhaps only in the short term), while leaving others at risk? Or will we work together to establish a track leading to a New Zealand where all children and families are able to live, grow and be supported to flourish in a nation we might gladly call ‘God’s own’. The question all voting citizens will consider this year is: Who has the insight, the imagination and the courage to identify a path that might lead to such a country?