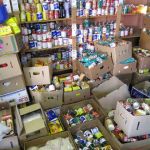 This was a project focused on foodbanks as one key indicator of poverty and hardship. In August 2008 we released a report that updated the previous Poverty Indicators Project (PIP) work analysing foodbank usage and the situation of people using foodbanks that ran between 2001 – 2004.