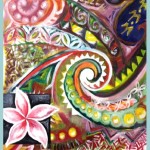 What does a safe, loving and stable home look like? And who is best to provide this?

These are the questions at the core of debate on a bill before the Social Services Select Committee that sets out changes to child welfare services, and that will underpin the direction and scope of the work of the Ministry of Vulnerable Children, Oranga Tamariki, and the decisions made by social workers in communities.

While there is broad agreement that much more needs to be done to improve the outcomes of children and young people whose parents struggle to parent safely, there is broad dissent from Māori about how this is done and who should be involved.

Sitting underneath all of this are the stories of abuse while in state care during the 1980s and 1990s, the velocity at which Māori children were picked up and put into care for very minor actions, the link between high rates of Māori in state care going into state prisons, and the Race Relation’s Commissioner, Dame Susan Devoy’s call for a national apology to Māori for institutional bias.

This, alongside the work of Judge Carolyn Henwood on the Confidential Listening and Assistance Service panel and research by Elizabeth Stanley for her book, The Road to Hell: State Violence Against Children in Postwar New Zealand, all point to the need for the whole of society to understand the insidious cultural context that was at play at this point in time. As has been loudly pointed out, we need to ensure such misery is never repeated as we venture towards a new quest to improve outcomes for Māori, and a new state Ministry for Vulnerable children (Orange Tamariki).

“I found it hard at school. I wagged school all the time. I was walking the streets one day and I got picked up by the cops. They took me home and nobody was there because my mother was working. So he took me to Ōwairaka Boys’ Home. I thought I was only going to be there a night or maybe until my mother got home from work. But I ended up being a state ward and I was a state ward for five years going from boys’ home to boys’ home. “I don’t think I had any education in those five years……

The separation also badly affected his mother. “She didn’t have a vehicle in those days but she used to come and visit me at the boys’ home twice a week.

So fast forward to 2017 and we have a bill that ironically gives away some of the fundamental learnings from the Puao-te-at-ata-tu report, which underpinned the 1989 legislation and that sought to identify and address cultural bias within the then Department of Social Welfare.  It is therefore unsurprising that Māori, Māori organisations, and the Iwi Leaders are deeply troubled by this bill, fearing a repeat of the past. For example:

There is clearly much to be considered by the Social Service Select Committee during its deliberations on this bill. The report on the Bill is due on 13th June 2017.