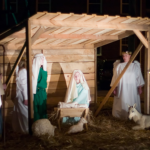 Tēnā koutou and welcome to the last Policy Watch e-letter for 2018!  As we journey towards Christmas and the celebration of the birth of Jesus who brought such joy and hope to the world, NZCCSS wishes to remember and thank all of our Christian social services who put Christ in Christmas for thousands of families and whānau struggling to afford all the extra cost of the festive season.

Behind the scenes are thousands of staff and volunteers who fund raise, collect toys and food items and just like Santa’s helpers, much of this valuable community work is invisible, but the impact on the wellbeing of individuals, families, whānau and communities is huge.

Every year, NZCCSS hopes the need for additional support is lessened but there are no sign of this just yet. Data from the Salvation Army indicate 1-in-5 families can’t afford Christmas. Last Christmas 17,000 families (28,000 children) were assisted and similar number are expected this year. In Auckland, hundreds of people lined up at Eden Park for food and Christmas gifts from Auckland City Mission.

Since July the Families Package and Winter Energy Payment have provided much needed relief to many families, but high rents, debt and price increases continue to make it hard to get ahead.

The 2018 Child Poverty Monitor, released by the Office of the Children’s Commissioner, support these concerns. The monitor shows no obvious sign of improvement to the lives of children living in poverty. As Children’s Commissioner Judge Beacroft comments “We could fill Eden Park twice with children doing it hard in New Zealand “.

The report concludes one out of five New Zealand children are living in homes without access to enough food or adequate healthy food and that children in the most disadvantaged communities are twice as likely to end up in hospital as those living in areas of economic and social advantage.

Judge Beacroft wants to see benefits that involve children linked to price and wage rates in the same way as superannuation, and more in-kind support like free school lunches, and free health and dental care up to 21.

One immediate step you can take is join NZCCSS and others at one of 3 hui in March 2019 to find long-term solutions to end food poverty. See the Kore Hiakai: Zero Hunder website for more information.

There is a spirit of hope as we end the year. The passing of the Child Poverty Reduction Bill is a potential game changer in terms of expectations on government (both now and in the future) to reduce and report against child poverty. As Prime Minister Jacinda Ardern puts it “This is this Parliament’s collective challenge, and the groups that have come together in parliament today is to support it in this House mean that it will have an enduring legacy”.

2019 Wellbeing Budget is another potential game changer with its focus on the “wellbeing of current and future New Zealanders” alongside GDP indicators, and on Reducing child poverty and improving child wellbeing, including addressing family violence as one of 5 key priorities set out for next year’s budget.

Budget Policy Statement for 2018 has been released and overall the government’s coffers look relatively good – there’s a respectable surplus to play with –  $1.7 billion and forecast to rise to 8.4 in 2023.  Submissions on the BPS are due to close on 30th January 2019. This is the publics opportunity to comment on the direction of the budget. NZCCSS is currently consulting on a draft response and will share the final response in the New Year.

The Inquiry Panel looking into Mental Health and Addiction has now handed over to the Minister of Health Hon Dr David Clark He Ara Oranga: Report of the Government Inquiry into Mental Health and Addiction Inquiry. The report aims to set a clear direction for the next five to ten years that Government, the mental health and addiction sectors and the whole community can pick up and make happen.

The Government has announced it will raise the minimum wage by $1.20 to $17.20 an hour from April 1 next year. This is part of government’s wider goal a minimum wage of $20 per hour by 2021. The increase will benefit approximately 200,000 workers and their families. Branko Marcetic provides a clear argument why increasing the minimum wage does not result in higher unemployment.

Minister Sepuloni has announced the release of the SWRL Bill SOP to strengthen the regulation of social workers and better protect public safety. The proposed changes to the Bill will:

More information is provided on the MSD website. The second reading of the Bill will be in 2019.

The Residential Tenancies Act (RTA) monitoring report released by MBIE suggests many landlords may be leaving it too late to insulate their rentals in time for the 1 July 2019 deadline. As of March 2018, an estimated 67 per cent of private rental properties met the standard, an increase of just 7 per cent since July 2016. This report indicates between 126,000 and 220,000 homes still require compliant insulation as at March 2018.

Save the Date for upcoming NZCCSS events. 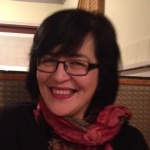 We complete our newsletter with a tribute to Puamiria Maaka who passed away earlier this month. Puamiria was the Child and Family Policy Group Convenor from November 2012 to March 2015, and a much valued member of NZCCSS, who brought warmth and wisdom to every policy group meeting she chaired. Our thoughts and prayers are with Puamiria’s whānau. E te māreikura, tēnei te mihi aroha ki a koe me tōu whanau hoki. E noho ana koe i te taha o tō tātou Matua i te Rangi.  E te wahine toa moe mai, okioki mai.

NZCCSS office will be closed from