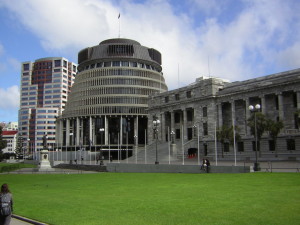 There is concern about the very wide powers being granted to Government Ministers to sell off Housing NZ homes under legislation before Parliament. The Social Housing (Transaction Mandate) Bill is being promoted by the Government as a procedural Bill to help achieve the goal of transferring Housing NZ houses to non-government organisations as part of the Social Housing Reform process.

When the Bill came before Parliament the extent of the very wide powers being given to Ministers became clear. They can essentially enter into any kind of agreement they like without having to secure the agreement of the Housing NZ Board or (as the Salvation Army points out) follow the social requirements in the law that set up Housing NZ. Opposition parties have been focusing on this in their responses to the Bill and in response to concerns about this, Minister Bennett offers only the assurance that the “rule of law” will apply.

NZCCSS is submitting comment on the Bill based on the messages we have given previously on the social housing reform process (read our submission on the Social Housing Reform Bill). The Government is responsible to the most vulnerable in our community to protect their right to housing and this places a very high duty of care on Ministers and officials when working with people whose lives are already very much under pressure. Our message is that there must be strong commitment from Government to substantially increase the supply of state and community housing and any transfers that may occur need to be part of a clear plan committed to providing thousands more homes that people on the lowest incomes can afford to rent or buy. This Bill does not include such a commitment in its current form.