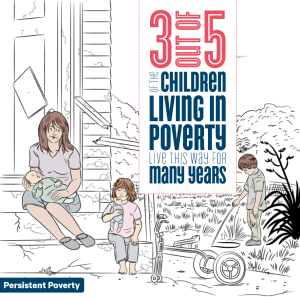 The Support for Children in Hardship Bill is the legislation implementing the increases to welfare benefits announced in the Budget 2015. Public comments on this Bill are important way that politicians can hear directly the views of the public on the changes proposed. Changes proposed in this Bill are:

NZCCSS encourages as many people as possible to submit on the Bill and call for more to be done for children in poverty. The additional income to very low income families is a very welcome first step by government and will make a positive difference for families. It is important that all those submitting acknowledge this historic change in policy by the National-led government. The Government has finally and formally recognised that income is too low for families not in work and the most effective way to lift families out of hardship is to lift their incomes. The Government has taken the first steps towards overcoming the high levels of poverty that have existed over the past 25 years since the huge benefit cuts in 1991.

Unfortunately, this first step is too small to achieve its stated aim to lift children in the most hardship out of poverty. As Michael Fletcher of AUT has pointed out in his analysis of the package, a sole parent family with two children will still be around $77 per week below the lowest poverty threshold measured by MSD ($555 per week, 50% of median household income before housing costs, see Household Incomes in New Zealand, MSD 2014, Table E.2 p.123).

Some issues that have been identified that could require changes to the Bill are:

Submissions are due on Wednesday 8th July. Go to the Parliament website to make a submission or post your comments to: Committee Secretariat, Social Services, Parliament Buildings, Private Bag 18041, Wellington 6160.