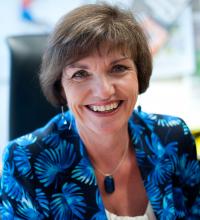 Hot off the press is the Minister for Social Development, Anne Tolley’s announcement that the new children’ entity will be a stand-alone agency and it will be named The Ministry for Vulnerable Children, Oranga Tamariki.

The new Chief Executive of the ministry has also been confirmed – Grainne Moss former head of BUPA.

“This is not a rebranding exercise. It is how this ministry performs, rather than its name, which will make a difference for vulnerable young people. It will also require strong leadership to implement the massive changes required over the next 4-5 years, as well as embed the necessary culture change within staff.”

On the face of it the description of this new ministry suggests no real change from  Minister Anne Tolly’s announcement following the release of the final report on Child Youth and Family, Investing in New Zealand’s Children and Families.

There is a lot of work going at the public sector level to make ready the new entity by March 2017, including legislative changes.

Meanwhile, NZCCSS members are busy working out what this will all mean at a community level.

The next edition of Kete Kupu will include an article on the new ministry.

NZCCSS will continue to inform members as new information is released.