We don’t stop caring at 18 years 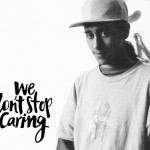 Lifewise and Wesley Community Action had a partial success with their We Don’t Stop Caring petition, which called for Government to lift the age of leaving state care from 17 to 21 years.

At the launch of the CYF review, Minister Anne Tolley announced legislation will be passed this year to raise the age of state care to a young person’s 18th birthday, with options to be developed to allow some young people to remain or return to care up to age 21, with some kind of support in place, depending on needs, up to age 25.

Lifewise and Wesley Community Action response cautiously welcomed the release of the Minister’s announcement on the future of child protection and care.

“We are pleased the Minister has decided to raise the age of foster care to 18. We look forward to it being raised to 21 in subsequent years,” says David Hanna, Director, Wesley Community Action.