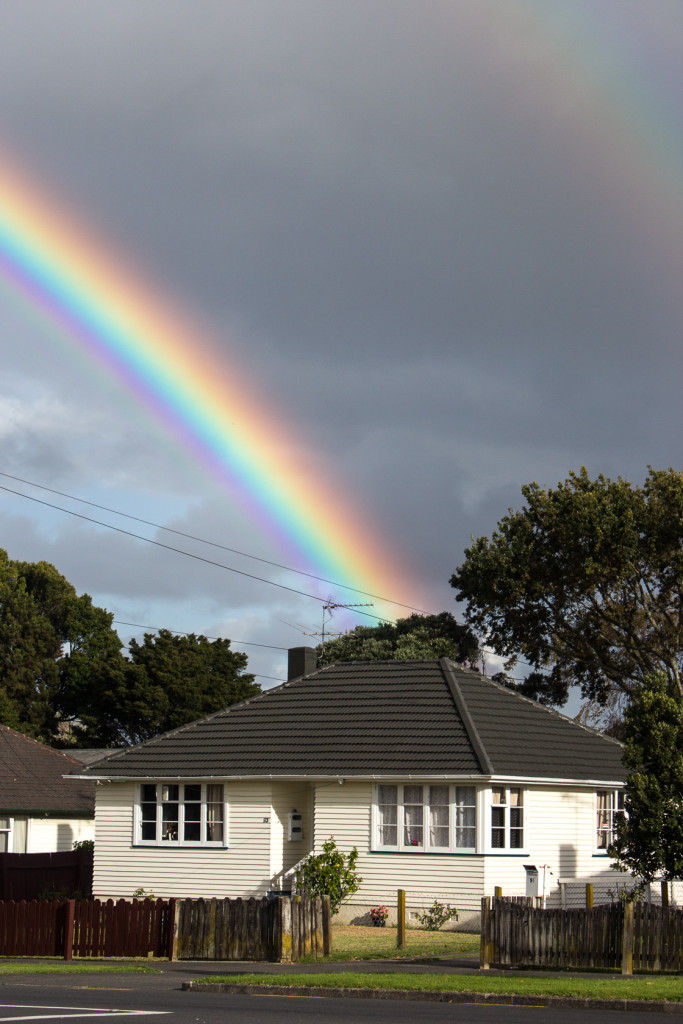 Two Years on from the Church Housing Summit February 2015

Overall the lack of supply of affordable housing for people on low incomes remains a huge problem and has increased in intensity over the past two years.

Despite a lot of work and good progress in some areas, particularly emergency housing and community housing, the lack of overall progress means the crisis of need is still growing.

It is clear that central government must take a more direct and stronger lead in building more social housing itself (through Housing NZ) while partnering the community sector and others to increase overall social housing supply.

The table below summarises the movements in headline indicators that affect people on low incomes and with high housing need.

While the number of community housing units has grown strongly over the past two years, it has been off-set by the decrease in local authority housing and in state-owned Housing NZ units, meaning overall there is less social housing now than two years ago.

At the same time, the number of people in the highest housing need has nearly doubled. The number of people in Priority A on the Social Housing Register has increased by 74% in the two years to December 2016. These are people who have made it through the government housing assessment process and have been identified as being at risk and in immediate and severe housing need.

Close to half (43%) of all low income households are paying more than 30% of their income in rent or mortgage and this has not decreased in the most recent data (MSD Household Incomes Report, August 2016, p.55).

Homelessness research shows a rapid rise in severe housing deprivation (or homelessness) over the 13 years from 2001 – 2013, reaching a total of over 41,000 (1% of total population), and there is no reason to believe this increase has slowed. If the trend has continued, then several thousand more people may be facing homelessness in early 2017.

There were five key issues that emerged out of the Summit in 2015 and it is timely to look at each one to see what progress has occurred:

A vision and the right to healthy housing: New Zealand is a signatory to a number of UN conventions. One of which is the right to housing. We also have a tradition of responding to housing need through State initiatives. Government needs to develop a vision encapsulating these rights and our history and act on this vision.

There is still no vision or overall plan for housing or social housing, the Government’s point of reference is the Social Housing Reform Programme, with the aim to “increase the supply of social housing in New Zealand.” The report of a review of the Social Housing Reform Programme completed in December 2015 (but not released until March 2017) undertaken by external consultants criticised the lack of organisation, leadership and technical understanding of housing and social housing of those involved in the implementation of the Reform Programme. The result of this was that it was not clear if even the modest targets to increase the number of income related rent subsidies to 65,000 by 2017 would to be achieved.

The right to housing is still not formally acknowledged in legislation in New Zealand. The right is set out in Article 11(1) of the International Covenant on Economic, Social and Cultural Rights (ICESCR) which the New Zealand Government has signed and therefore makes the Government accountable to those commitments made under international law.

New Zealand has also signed up to the UN Sustainable Development Goals in late 2015. Included in these goals is a commitment under Goal 11.1:“By 2030, ensure access for all to adequate, safe and affordable housing and basic services and upgrade slums”. Paula Bennett (Minister for Climate Change Issues and Deputy Prime Minister) has included affordable housing as a priority for the Government in responding to the SDGs.  At this stage these is no specific commitment to meet this goal but the Government will be required to report against this goal in 2019. NGOs are liaising with government officials on SDG reporting and progress in preparation for this coordinated by Hui E.

More houses are needed. The proposed changes to State housing, while increasing the numbers of Income Related Rents Subsidies and shifting the deck chairs of ownership , does not actually create more physical houses. More houses, particularly in areas most affected by the current housing crisis, are needed.

After two years, it appears there has been no growth in total social housing, instead the overall number has declined as state-owned Housing NZ  and local authorities sell their social housing.

The only growth has occurred in community housing, mainly driven by transfers of ownership from Housing NZ or from local authorities to community housing providers. Total state housing (i.e. government-owned Housing NZ units) as a proportion of total population is at the lowest level since the late 1940s and continues to decline as a proportion of the total housing supply at the very time when housing need is at its most acute. While the number of social houses declined over the last two years, New Zealand’s population has grown by around 75,000 to an estimated 4.6 million.

The overall housing shortage in New Zealand was estimated at 60,000 by ANZ in September 2016 and based on the numbers above, it is reasonable to argue that nearly half of that shortage is in social housing for those on low incomes. New social housing in areas of highest need (such as Auckland) has been limited and there is no clear evidence for genuine increases in supply in areas of most need. The 2016 MSD Purchasing Intentions is focused on adding 1,900 social housing places in Auckland and a further 1,900 in the rest of the country. Community Housing Aotearoa (CHA) has developed a strategic plan for the community housing sector to grow it to housing 50,000 people (from 15,000 people in 2015) by 2020. But even adding another 10,000 community housing units will not be enough on its own to overcome a shortage that looks closer to 30,000 units.

Homelessness statistics released in late 2016 showed homelessness (“severe housing deprivation”) numbers increased between 2006 – 2013 from 34,000 to over 41,000 (1% of total population). Winter 2016 saw a further crisis of need in Auckland and it is likely that homelessness will have further increased by several thousand in recent years. If the trend has continued then numbers could be around 45,000 on early 2017.

Capital funding makes the biggest difference: While increasing the eligibility for IRRS, through providing additional payments for social housing providers makes a difference for some, more houses are built when there is government investment in capital funding available. Successful community and NGO provided social housing in other countries has been as a result of sustained capital investment by government.

There are now 42 community housing organisations other than Housing NZ that are receiving the Income Related Rent Subsidy (IRRS). This is proving successful overall for the viability of those programmes but uptake is slow because only new tenancies are covered. This means that over the past two years the progress in increasing access for low income people to IRRS has been slower than planned, with thousands of subsidy places in the “pipeline” (i.e. contracted or agreed but not yet being provided). The total number of IRRS subsidies paid in September 2016 was 61,404, compared to the target of 64,200 by June 2017 that was set in the 2015 Government Budget. MSD describes another 2,626 as in the “pipeline” meaning not yet available but very likely to happen. The current plan is to add another 3,800 more over the 4 years to June 2020, which would mean 67,830 subsidised social housing places with Housing NZ or community housing providers.

Exactly when or if the pipeline housing places will be delivered is unclear but an interesting feature of the IRRS “pipeline” is that Housing NZ actually plans to have fewer IRRS tenancies (a net reduction of 585 subsidies) while community housing will gain 3,211 places. Housing NZ is adding 852 subsidised places in Auckland but reducing subsidies in the rest of the country by 1,437. Not all Housing NZ houses receive IRRS payments because some tenants are paying a full market rental (in September 2016 there were 58,248 IRRS payments going to Housing NZ units).

Access to capital funding (e.g. government grants or loans) has been limited for community housing since the Social Housing Fund was ended in 2014. It is only in the past year that the Government has recognised the need for capital and has introduced new funding of 50% of capital costs or a 50% top-up of the IRRS subsidy (or a mixture of both) for Auckland community housing developments. The approach to funding of new projects is gradually becoming more flexible and responsive to the funding needs of the communities where housing is required.

The Community Housing Strategy ‘Our Place‘ identifies a continuum of housing that is a useful reference point for advocacy. 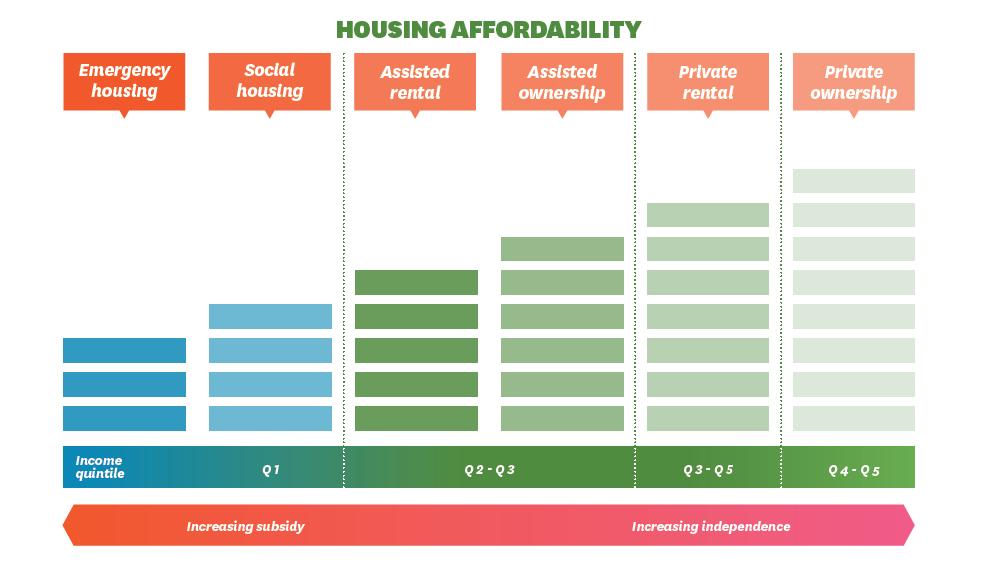 Emergency Housing has received a significant injection of new funding that means emergency housing providers have access to secure funding streams over the next four years to ensure 800 places are available and aiming to add a further 1400 places in the next four years. The lack of available social housing or affordable private sector housing is creating a blockage, making it harder for people to move on from emergency housing. So, even if MSD is now supporting emergency housing clients to receive priority to move into social housing, this may well simply result in other people having to wait longer for social housing.

The Social Housing Register numbers are trending up at present having risen from 4,467 in Sep 2015 to 6,110 (including those applying to transfer) in December 2016. Most of that growth has been in the highest Priority A need which indicates immediate housing need for households that are “at-risk” with “severe and persistent housing need that must be addressed immediately.” While it is possible that the increase in numbers on the register is a result of better engagement from MSD in assessing people for housing need (e.g. a larger number of MSD staff working on assessments in Auckland), there is no other independent measure of “real” housing need to judge this against and the Government itself chooses to use the Register as a measure of housing need. NZCCSS agencies continue to report on the difficulties people face simply getting on to the Register, both getting through screening phone calls as well as actually getting onto the register itself.

Affordable rental housing in the private sector or in social housing remains the biggest gap in the housing continuum. Rising house prices are driving up prices and rentals in traditionally lower cost suburbs and placing further pressure on low income families and communities.

There seems to be little progress in making alternative ownership models such as shared equity or rent-to-buy better options and more widely available. CHA has reported that in October 2016 only 18 affordable houses had been built and sold to first home buyers in Auckland’s Special Housing Areas.

The social housing transfers programme, aimed at selling state-owned Housing NZ houses to community housing providers, has moved very slowly over the past two years. The Tamaki Regeneration Company (TRC) took over 2,800 houses and their tenants in April 2016 from Housing NZ. TRC is jointly owned by the NZ Government and Auckland Council, therefore is still formally in public ownership.

One transfer of the Tauranga HNZ housing portfolio of around 1124 houses and their tenants to community housing provider Accessible Properties has been agreed and takes effect from April 2017.  Accessible Properties is a not-for-profit charitable company owned by IHC NZ and is the largest community housing provider in NZ. A significant feature of the terms of the transfers that Treasury is negotiating on behalf of Government is a “Crown retained investment” that means the Government retains a part ownership of transferred properties for the lifetime of the agreement to ensure they remain as social housing.

Two other state housing transfer proposals for Invercargill and Horowhenua have been abandoned, although the Horowhenua region’s councils are still seeking to sell their pensioner housing to a community housing provider. A new transfer is being proposed for 2,500 Christchurch HNZ properties and the Government intends to invite expressions of interest in April 2017.