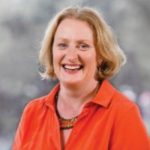 Current reforms to services for vulnerable children, young people and families are building momentum in preparation for the establishment of the Ministry for Vulnerable Children, Oranga Tamariki  on 1 April 2017.

Here’s an overview of key updates.

“There is no more important work than ensuring all the children of New Zealand live in a safe and loving environment“.

Grainne Moss (pronounced Gron ya) has been announced as the new Chief Executive of Ministry of Vulnerable, Oranga Tamariki.

New Zealand is getting to know Grainne through a series of media interviews but it is an earlier interview as Chief Executive of BUPA (August 2015), that provides insight into the person, her values and drivers.

Grainne Moss is clearly an experienced senior executive with a track record of achieving results, is driven by a strong work ethic, a desire to do something ‘meaningful’ and has a dash of the known Irish charm. Grainne is well regarded across the older people’s sector and has extensive experience running a large organisation with a strong focus on caring for older people.

NZCCSS sincerely wishes Grainne well in her new role but we are under no illusion this journey will be challenging. There are historical and cultural reasons why a disproportionate number of Maori children and young people are placed in statutory care, and Grainne Moss will need to navigate her way through these choppy waters in a respectful partnership with Maori, if this journey is to end the way she hopes.

The Social Services Committee has examined the Children, Young Persons, and Their Families (Advocacy, Workforce and Age Settings) Amendment Bill and released their report.

The report contains new recommendations to give more assurances around what are far reaching delegation powers to the Chief Executive of the new Ministry, to strengthen support to children and young people to participate in proceedings and processes (new section 7D) and attend meetings ( 11 (3 A). Read the full report for full details of these recommendations.

Release of Cabinet papers that will inform: Bill 2

Minister Anne Tolley has announced more reforms to the Children, Young Persons, and Their Families Act 1989 will be introduced into Parliament by the end of this year.

These reforms (Bill 2) will include:

The Cabinet papers that outline these legislative proposals are available:

Government has announced a proposal to extend support for young people leaving the care of Child Youth and Family from 18 -21 years and provide discretion to support young people up to 25 years. This is welcome news to NZCCSS although more detail about the proposal is needed.

2. Discretion to support young people up to age 25 – changes include:

An information sharing framework is to be established to facilitate the more timely and consistent exchange of personal information about vulnerable children and young people.

There is a proposal to introduce a purpose statement for the CYPF Act, that confirms financial assistance is to meet the ‘reasonable needs’ of the child or young person (see section 50-56 of Intensive intervention and care support paper). More guidance around the levels and circumstances in which financial assistance can be paid, including reasonable costs, extra assistance and higher rates is also proposed. This includes an amendment to income tax law, so that foster care payments are specified as exempt income.

See the cabinet paper for more detail about the tax changes (PDF 173.2KB)

The NZCCSS secretariat is currently working across its network to analyse the above suite of Cabinet papers, and is preparing a table of comments which will be available on the website shortly.

The current principles are found in section 5 and section 13 of the Children, Young Persons, and Their Families Act 1989.

A key concern is that this change of wording will lead to more Maori children and young people being sent to homes outside of their whanau, hapu, iwi.

There is history and meaning behind the above principles.

Puao-Te-Ata -ATu (day break): The Report of the Ministerial Advisory Committee on a Maori (1988), focused on monoculturalism within New Zealand’s institutions, and in particular, within the policy formation, service delivery and staffing of the then Ministry of Social Welfare. This report significantly reformed the Child and Young Persons and their Families Act (1979), including the above principles, and established new procedures such as family group conferences, restorative justice and created for the first time a new best practice of Maori-led solutions. The legislation was seen to many as the first bi-cultural legislation.

Dame Tariana Turia has expressed grave concerns about the impact of removing Section 5 C (ii) and revising the legislation within a historical and cultural void.

…Across the world, social scientists, politicians and family advocates have lauded the 1989 Act as being ground-breaking in the importance it placed on placing faith in our families to care for their own.

The problem is that the principles of the Act were never fully upheld by successive bureaucracies who under-delivered on the resourcing required to support parents in their most vital role.

“Why is it that Governments can invest so much in sustaining foster care organisations and yet fail to support parents and whanau as the first and fundamental carers?

“I am extremely disappointed at Minister Tolley’s warning shot that she will delete from law, section 5 (c) (ii) that consideration must be given to how a decision affects the “family, whanau, hapu, iwi and family group”.

This is effectively saying that whānau, hapū and iwi are incidental, irrelevant, to decisions around the best placement for a child. Such a move is inconsistent with the proposed direction of the reforms to enable all children to feel a sense of identity, belonging, and connection. It discards the plea from one of the Minister’s own youth advisors:”A child should know where they are from; where they come from and know that there are people out there who love them.

This identity is not just where the child comes from and what culture they are; it’s everything that makes them who they are”. (Panel Report, 2015, p61)”

What we needed to see was Puao-te-ata-tū put into policy and practice. Instead the latest announcement just feels like a big step backwards…..

Comments from other prominent Maori

Rāhui Papa and Naida Glavish, Co-Chairs of the Whānau Ora Iwi Leadership Group agree, saying the newly proposed reforms are the “wrong move and sets a path that may see our tamariki removed from their culture.” They were also disappointed that the Minister made a “unilateral decision without substantive or direct consultation with the Whānau Ora Partnership Group.”Waikato-Tainui have been working on a strategy to care for their vulnerable children, but Rāhui Papa said the government seems to be undermining their efforts: “What we’re trying to set-up is a strategy called Mokopuna Ora but from what we can see that’s being curtailed by the Ministry of Social Development.” Both Rāhui Papa and Dame Turia are calling for all MPs to question the new reforms.

Prue Kapua, National Māori Women’s Welfare League President, criticised the government’s historic record of failing Māori, saying at the recent national conference “The position that we find ourselves in today is as a result of the dominant Pakeha culture, they embed Pakeha privilege and the Government doesn’t care, again reflective in the absence of Government ministers here today.” She also said “It is a return to the days when their institutions, that have not delivered care and protection can make decisions about placing our kids, all 61% of them, with a family they consider is safe, stable and loving. And all with no direction that priority goes to the whānua, hapū and iwi of the child or young person.”

Whaia Te Iti Kahurangi, a group of tangata whenua social work practitioners, said “The introduction for this new form of child-removal seeks to wreak havoc in families across New Zealand, not just within Māori family groups, but to also familial ties between children and their families with particular focus on Māori and families within the lower socio-economic classes.” They also said “We seriously question the Ministry defining what makes a child vulnerable and identify state and historical colonial violence, neo-liberal welfare reform and structural inequalities as determinants of vulnerability … A framework with no understanding or acknowledgment of the cumulative historical trauma experienced by māori due to continuing land confiscations, loss of language and sacred indigenous knowledge and forced removal of māori tamariki from their whakapapa will create more generational loss and separation.”

The message from NZCCSS is simple don’t be in a hurry to throw the baby out with the bath water. Reflect on the history of Puao-Te-Ata -ATu and retain principle Section 5 C (ii).