During 2019 NZCCSS is marking 50 years since the organization was established. In February we began the year with a vigil at Wellington Anglican Cathedral of St Paul. Emily Menkes, our social media coordinator, has been interviewing some of the people who have helped shape the history of NZCCSS. This interview is with NZCCSS Council member Bonnie Robinson, CEO of HBH Senior Living.

Tell us about yourself and your time at NZCCSS

I have had a career in the non-profit industry. NZCCSS was my second job, after graduating. I trained as a Presbyterian minister but I only very briefly served in a parish-type role, I was much more interested in social justice and community development and that kind of thing.

I did a little history of NZCCSS at 25 years, when I was at university as a history major. It’s a bit of a family business. My father worked for Council, and my brother did too and then I did too! Social justice was a family business, that is just what we did. I’d go in on a Friday afternoon and help my father do photocopying and mail because he had a physical disability. Those were the days where you had to wander down to the post office with big stacks of mail. So it was just him, and then it slowly evolved. And then [my brother] really stepped it up a bit and Council got their first Policy Analyst to work alongside the Executive Officer, which really beefed up their ability to do stuff. Council has always punched above its weight, that’s for sure.

What role do you think NZCCSS plays in Aotearoa?

It is a voice for both the organisations that serve people but also for the clients for all our social services. That was how I saw it, and still see it. We are speaking into places of power that can impact on the lives of the people we serve through our social service agencies. And I think one of the powerful things NZCCSS does is tell those stories. Because, particularly people in positions of power may not move in circles where they get to see that or hear that – what that reality is for people that are struggling. So to tell those stories is really important. And also to represent the agencies that do the work.

It’s interesting because I did that job and then really morphed into being a manager and leader of service-delivery agencies. And when you are delivering services, it’s really busy! You gather a lot of data, you see a lot of stuff, and you have views on how things should change but you don’t necessarily have the time or the resources to put that together. So to be able to harness all that rich information and put it into places where it might be able to change things systemically, I think is really powerful and necessary thing to do.

How has the organisation changed?

The core purpose has stayed the same, speaking truth to power and seeking systemic change. That has been there right from the beginning, for as long as I’ve known about it. In fact, the current core structure of the policy groups was something I put in place. The core mission has stayed the same, which is good because it hasn’t been fulfilled yet, so it’s good to have consistent voice in the political process. Being a steady voice for change is important for issues that are going to be generational.

The issues have changed a little as the government and economy has changed, because obviously that affects how the social service agencies are put together. I think it must be really interesting working for them right now, because, on the surface, this government is much more aligned with what NZCCSS has been advocating, but it’s about making that real and deliverable.

I think the nature of the people involved has changed over the years – when I started, it was the last period where there were a lot more clergy involved at that managerial level, whereas agencies had to go down different routes to getting their staffing. People have slightly different backgrounds now.

And obviously the advent of social media, will have changed things. I’ll sound really old, but we got email about 18-months into my job – up until that point we thought we were sophisticated because we had a fax and could send 20 faxes at once! But social media has dramatically changed how people get information, so the process of educating the public about it, and getting that public pressure – it’s a totally different environment from the days where we used to call around media, there were only two papers in Wellington. Now there’s far more competing voices saying what should happen and what the issues are – so it’s probably a more competitive environment in terms of having that presence and that voice.

What have you been proudest of during your time there?

It is always a team effort. I am proud that the policy group methodology is still going but I think the thing I was proudest of was our work around poverty and getting poverty on the political agenda. At the time when I was there, it was when all the benefit cuts were happening and poverty wasn’t allowed to be talked about. It kind of got banned as a word, you could talk about ‘economic disparity’ but couldn’t mention the ‘P-word’! It wasn’t just us, there were a lot of organisations involved at that time but we did a number of strategies including an open letter on poverty signed by all the churches and the church social services.

I think we were instrumental in getting poverty named as an issue that had to be dealt with. And that lead to Helen Clark’s government getting voted in, partly on the back of the public just going ‘we just don’t want to live in a country with these levels of poverty’. So I’m pretty proud of that. I think over the years, we have also established [NZCCSS] as a very credible voice. because we base what we say in real-life service delivery – people may disagree with our views but they can’t deny that we’re seeing what we’re seeing. I think that’s always been an incredibly powerful part of what Council does, to take that information and those stories and pull them together, which opens a window on other peoples’ experience. 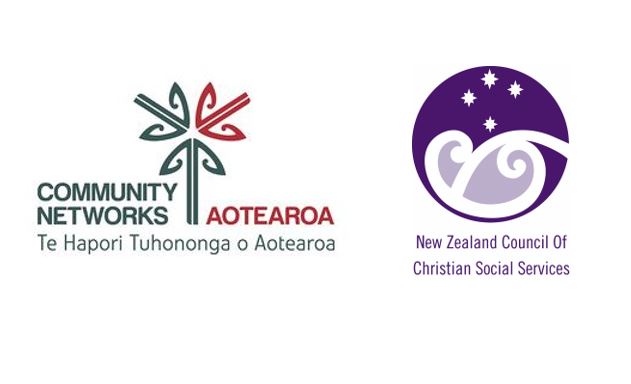