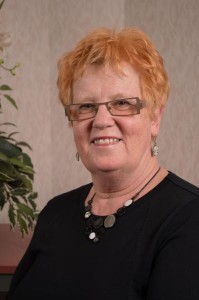 The New Zealand Council of Christian Social Services (NZCCSS) is joining the call for the government to increase funding to the aged care sector to enable fair wages to be paid to workers caring for New Zealand’s older people.

“The government promised to increase the chronically low pay rates in the aged care sector when the country got into surplus”, says NZCCSS Policy Advisor Paul Barber. “Well, the Finance Minister tells us that time is now, and we want to see some action.”

The average hourly rate paid to people caring for older people in the rest home sector is only $15.31 per hour and in home support rates can be even lower. Barber says these low wages undermine the lives of the workers, their families and ultimately even the people being cared for. They provide a stark reminder of the negative effects of income inequality.

NZCCSS is lining up with consumer groups, unions, employer representatives and other aged care sector groups in inviting all political parties to lay on the line their commitment to increased funding for workers’ pay in the aged care sector including both home support and rest homes.

“We want them to spell out their position so voters can see the extent to which they value both the care of older people and the quality of life of their carers” Barber says.

“It’s an insult to the 36,000 residents in residential care facilities around New Zealand and to the 33,000 staff who care for them”, Bremner says.

Meanwhile home support providers still don’t know if they will receive an increase at all. The thousands of home support workers in and the older people they support are often in very vulnerable situations and higher wages would benefit everyone involved.

“The subsidy we receive from government through the DHBs has to cover all our costs, including wages. It’s simply disingenuous to suggest, as some have done, that inflation, new government imposed costs like insurance and Kiwisaver contributions, as well as adequately increasing wages to reflect what people do, can all be met if we simply work smarter “, says Bremner.

“It can’t be done”, she says. “The lemon has been squeezed dry. There’s no more juice in it.

“Would I like to pay my staff more? Yes I would! But between increased costs and the pitiful funding increase we’ve been offered, there’s just nothing left. It’s hard to escape the conclusion that our situation reflects the low priority this Government places on the vulnerable elderly in our community who are no longer able to care for themselves.”

“The government may think the present aged residential care industry model is a good one. But a lot of residential care providers don’t have the benefit of a large retirement village offering cross-subsidisation.

“Do they want us to go out of business? And if they do, who’s going to provide care for people in Balclutha, in Oamaru, in Alexandra?”

Home support providers throughout the country would like to invest more in their workers but are being asked by government to offer more sophisticated services as well as higher volumes of service without this being adequately funded.

Paul Barber agrees that people requiring care are especially vulnerable in rural areas. “Our members see the reality of the way insufficient income can limit the chance for a full and meaningful life, both for workers and consequently also for the people they care for”, he says.

“We urge government to enable providers to fund as Living Wage employers”, Paul Barber says. “That would help address the serious effects of income inequality in New Zealand.”