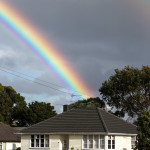 With the total number of social and community housing units (i.e. Housing NZ, council-owned and community-owned) now at the lowest level since the late 1940s (per thousand of population), the housing crisis for low-income New Zealanders shows no sign of improving, indeed homelessness, where people are on the streets or in other desperate situations, has greatly increased.

For some time NZCCSS and others in the social and community housing sector have been calling for the Government to re-introduce capital grants for developing social housing that were stopped in more than two years ago when the Social Housing Fund was wound up.

The announcement of $24 million in grants for community housing in Auckland represents a recognition by government that such grants are needed. As Community Housing Aotearoa put it, it is a good step in the right direction. It represents a change of heart by government that has been ruling out grant funding for community housing development, although still funding some grants such as those being made through the Māori Housing Network. The community housing sector has an ambitious plan to house an extra 50,000 people in an additional 17,000 units by 2020. This will need significant capital grant funding from government if it is to happen.

This announcement comes along with another announcement of more social housing in Auckland through a redevelopment of Housing NZ houses in Northcote in Auckland that will replace 300 social housing units with 400 social housing units and up to 800 other houses to be sold on the private market. This in turn is part of a bigger picture for Auckland involving Housing NZ where the Government claims new housing rules will allow more houses to be built on existing properties. Minister Nick Smith is quoted as claiming that 60,000 units could now be built where Housing NZ currently has 28,000 units.

It remains to be seen how many of the 32,000 additional units the Minister claims can be built will actually be built in the near future and how many of those new units will be actually be social and community housing. If Northcote is to go by, that may only be a very small proportion, with only 100 of the additional 800 houses there planned as social housing.

The danger of all this is that huge numbers of government-owned social housing properties will be sold into private ownership while the total of urgently needed social housing places will not increase enough. The stark reality remains that not enough additional housing is being built that is affordable for people on low incomes to rent or buy in the areas where it is most needed.