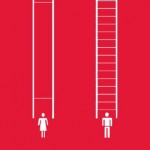 The gap between women’s and  men’s pay in the Department of Corrections is only 2%, well ahead of the average of around 10% in the wider New Zealand workforce. In a recent speech Human Rights Commissioner Dr Jackie Blue reminded us that “equity doesn’t happen by accident” – leadership is vital in reducing the pay gap. The CEO and other senior leaders make advancing equal employment opportunities (EEO) a priority and develop deliberate strategies in recruitment & promotion to advance EEO.  For example, Corrections made a determined effort to recruit more women even though 85% of offenders are men. The Department also has a high union representation (nearly 70%), higher than the rest of the public service. Unions help to improve pay at the bottom of pay distribution, improve employment standards and bargaining for equality. Without good leadership to make change, explanations for pay inequality become excuses for inaction.

It is going to take good leadership from DHBs, the Ministry of Health and the Minister of Health to achieve significant movement for women’s pay equality in aged care. DHB CEOs earn between $400,000 – $500,000 and the Director General of Health around $550,000 . Those executives at the Ministry and DHBs preside over significant inequality between what they pay their own direct employed care workers and what government funding enables non-government agencies to pay their care workers. With the Equal Pay case before the Employment Court (read this interview on Q+A about the case) any resolution will require decision makers to show courage to act and invest in their people who are doing the work of caring that is under-valued.