Elder Abuse Awareness Week starts today and Minister for Senior Citizens, Hon Maggie Barry is urging people to “get this shameful problem out of the shadows and confront the reality of how prevalent it is in our society.” With over 2,000 reported cases each year, and many going unreported, elder abuse is an issue that needs to be taken seriously.

Age Concern Canterbury is reporting a “real spike” in reported violence as well as a significant increase in financial abuse against older people in Christchurch. Alcohol and other addictions may be behind this as family members exploit older people who they may be living with or who are dependent on them. 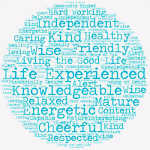 The Office for Senior Citizens has released results from its Attitudes Towards Ageing work that give an overall picture of how New Zealanders think about older people. While most people have positive attitudes and say they think older people are an asset to society, there is a significant group of older people (around 10%) that feel isolated and around 5% reporting being taken advantage of. Read the full data on the Office for Senior Citizens website.