Dignity and Mana through Lifting Incomes and Removing Sanctions 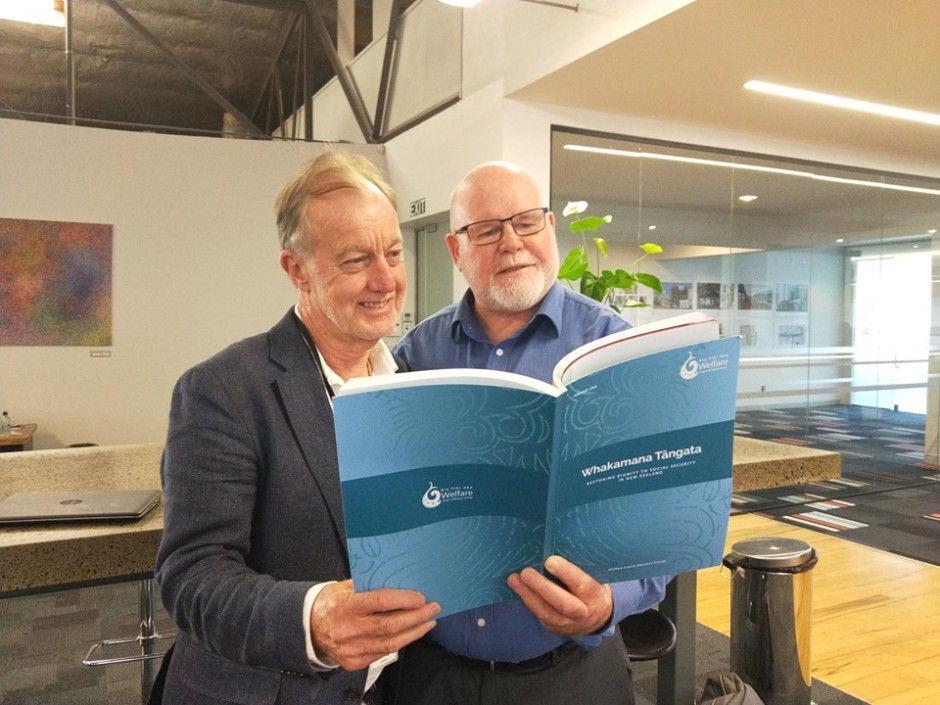 “It is wonderful to see that this report places the dignity and the mana of people at the centre of its recommendations,” says Ian Hutson, NZCCSS President. “This means providing hope and the chance for people to improve their lives and be truly part of our society.”

The report is a comprehensive assessment of the state of the social security system in this country and reflects the issues and concerns raised by the thousands those who spoke to the WEAG during 2018.

Exciting changes are proposed in the report that will be transformational if fully implemented by government. NZCCSS calls on the Government to take up the challenge and deliver real change to our social security system by ensuring that all recommendations of the report are implemented.

“We welcome the commitment from all the parties in government that this report will inform their strategy to transform welfare over the next 3-5 years,” says Trevor McGlinchey, NZCCSS Executive Officer and member of the Welfare Expert Advisory Group. “There should be wide involvement in developing this strategy and the inclusion of clear milestones to hold the government accountable for its implementation.”

Lifting core benefit rates, and removing harmful sanctions are two key recommendations in the report that would do much to increase the wellbeing of those needing welfare support.

“Having enough income to meet our needs and being treated with respect and understanding is a basic human right. As a society we cannot afford to demean the human dignity of another,” says community social worker Sr Margaret Martin from Wiri in South Auckland.

“We are disappointed that Minister for Social Development Hon Carmel Sepuloni has said that the upcoming Budget will not include increases the main benefit rates,” says Sr Margaret. “We want to see action now on core benefits, and not force people who rely on benefits to wait for help that is needed now. The small increases to the abatement thresholds for some benefits is not a substitute for lifting actual benefit rates.”

The welfare system is at the heart of achieving the Government’s goals for reducing child poverty. Without significant lifts in income for whānau/families reliant on welfare support, especially those on the very lowest incomes, child poverty rates will remain high.

Achieving greater fairness and balance in the way income is shared in this country also requires significant changes to welfare support. Welfare transfers are the most direct and effective way to lift incomes for low- and middle-income households, which is an essential step to greater equality.

“The government needs to hear the voices of those who are excluded and respond with effective action,” says Ian Hutson. “People who do not have enough income to get by are overwhelmed by complexity and unfairness of the current system. NZCCSS strongly supports the report recommendations to remove the many deeply unfair sanctions and penalties that only add to the anguish of people who are already struggling.”

At this stage the government has only indicated that the sanctions on mothers who do not disclose the father of their child will be removed. NZCCSS calls for more action to remove the many other sanctions that are harmful to those receiving assistance and particularly their children that would be affected.