Cutting the Return to Communities? No Way!

Home/Uncategorized/Cutting the Return to Communities? No Way! 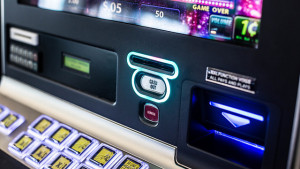 It seems only yesterday that NZCCSS was working hard on comments in support of increasing the amount that pokie trusts return to the community. In fact it was just two years ago in October 2013 and it was only September last year that the Government made the decision to increase the minimum rate of return to the community from 37.12% to 40%, increasing again next year to 41% and in 2018 to 42%.

Barely a year into the new process, Minister Peter Dunne is proposing an about face and is consulting on reducing the rates again. This is prompted by concerns about possible reduced profits for pokie trusts meaning they have less to distribute to the community. The consultation document does not produce any evidence for this possibility because the new policy has only just begun to be implemented.

NZCCSS will be suggesting it is a bit early for making any changes to a new policy and opposing any change to the status quo.

By the way, the Problem Gambling Foundation has produced useful information on ways to raise funds without using pokie machines called: “Putting the ‘fun’ back into fundraising: how your organisation can thrive without pokie funding“