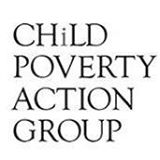 The report, written by a Master’s student Max Lin, looks at the challenges of very low levels of financial support on students.

The report recommends the reintroduction of interest on loans in return for more funding for students’ living costs.

“…even with zero interest, students in modest or low-paying jobs had trouble paying off their loans, which incurred compulsory repayments if students earned more than $19,084 a year (or $367 a week) before tax. Those that get modestly-paying jobs or are women at home with part-time work, they end up with this 12 percent effective tax that adds to everything else that they’re paying on the income that they’re earning and that is having disastrous effects on their lives.”