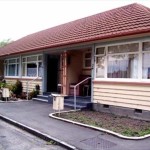 Housing for low income older people that is owned by councils stands before an uncertain future in the midst of the social housing reforms taking place. In 1938 Christchurch City Council was the first local authority to develop purpose-built pensioner housing. Other councils around the country followed suit over the following decades.

Today around 13,000 people live in council-owned housing and the overwhelming majority of them are older people, according to the latest report from research agency CRESA prepared for Community Housing Aotearoa. Their report on local government stock notes that 95% of councils target their housing at older people or older people with some other vulnerable group.

Several councils such as Hamilton and Whakatane  are putting their social housing up for sale and in doing so placing the future of secure and affordable tenancies for low income older people in their communities in doubt. Both councils are aiming to sell their stock to “social housing” providers, but it is not guaranteed that those organisations are ready and willing to take on housing or that it will stay as housing for older people. The debate on the over 300 units in the Hamilton housing stock reads like a summary of the overall debate about social housing: why should councils divest of an important service and social responsibility? Why not work with central government to expand social housing supply instead of seeking to “off-load” stock on a sector still in its early stages of development?

Older tenants in South Auckland council housing are facing significant rent rises of up to $30 a week, according to the Manukau Courier. Auckland City is moving to standardise its basic rental at 30% of gross income up from the current 25% that tenants in Manukau’s 492 units pay currently pay. Consultation with tenants is part of the Long Term Plan for Auckland aimed at increasing revenue by $2.4million. As Age Concern points out, there are very few alternatives for older people on fixed incomes such as NZ Super. 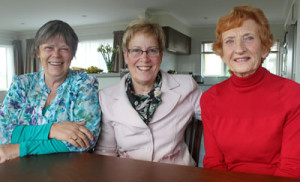 The last thing low income older people need at present is further uncertainty. Social service and housing providers such as The Selwyn Foundation, Abbeyfield and Bays Community Trust are involved in a varied responses to older people’s housing needs. The Abbeyfield model of “flatting for seniors” continues to offer a good option for some older people, while Bays Community Trust is exploring a different model of affordable sharing housing for seniors at their Sunrise House in Auckland. Selwyn Foundation has invested its own funds in offering below-market rental housing in Hanson Close in Auckland. Exciting things are happening, but not on a scale that can replace the vital role that council housing plays in the wellbeing of older people.