Assaults on WINZ staff double: what is it telling us?

Home/Uncategorized/Assaults on WINZ staff double: what is it telling us? 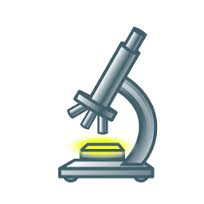 There is never an excuse for violence towards each other but understanding the triggers and the wider context is important if we are to prevent it happening again.

So what do we know about the triggers and the wider context in which the assaults occur? Most of the discussion has been around whether or not the assaults reflect ‘copy cat incidences’. “We’ve seen a number of people threatening staff based on what they have read in the paper”. They think that that’s going to get extra attention, but when they got that extra attention I’m not sure it’s the extra attention they thought they wanted“. While this scenario may account for some incidences, it’s unlikely to explain the scale of the increase in assaults on Work and Income staff.

What we do know is that financial sanctions have been hitting beneficiaries hard, including those with dependent children. NZCCSS’ Vulnerability Report (21st edition) referenced official data that identified more than 80,000 beneficiaries had been sanctioned over 14-month period and for a large proportion this was because someone missed a single appointment with Work and Income.

We also know that financial stress is one of a range of triggers of violent behaviour, although there are others factors at play. If you lose all or even part of your benefit and you can’t afford to pay your rent or buy food for the kids, its unlikely to add to your overall well-being!  Other feedback from member agencies point to the stress experienced by people with mental health challenges as they try to jump yet more hurdles in the form of work obligations to receive a benefit.

In the current environment of evidence-based policy, why don’t we take the guess work out of the issue and undertake an evaluation of the full impacts of financial sanctions on the people being sanctioned, their children and family/whanau, their community, and on the work environment of Work and Income staff who are charged with implementing the policy.

It’s time to put the impact of sanctions under the microscope.