Addressing homelessness one house at a time 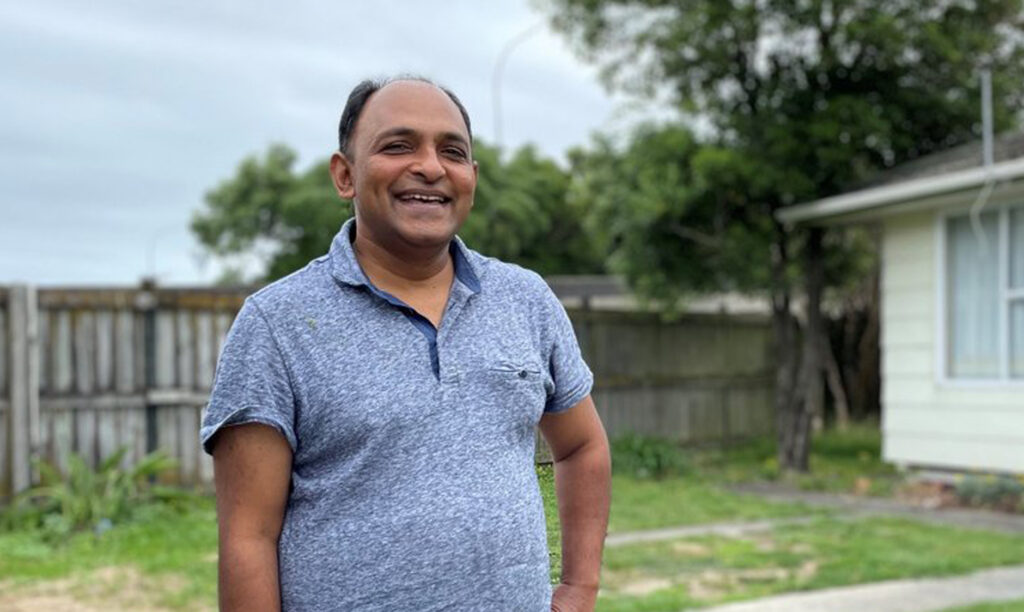 In the midst of the country’s housing crisis and the concerted activity to build multi-property developments, there are some New Zealanders who are quietly, humbly, playing their part one property at a time. DCM, formerly Downtown Community Ministry, has kindly agreed to us sharing this story of Dev Singh, one such New Zealander who has purchased a number of rental properties for DCM to house people who have long histories of homelessness.

I am originally from Fiji. I was born and grew up in Suva and I came to New Zealand in 1986 to study commerce at Otago University. I studied commerce and then accounting and also completed a law degree at Vic.

I grew up in a large whānau. Parents, grandparents and other family members, uncles and aunties – we supported each other as one large family home. The main thing they taught me is that – always – people come first. We need to look after each other, support one another. These are the most important things in life.

I lived in various rental properties for some 20 years, when I was a student in Dunedin, and for years after I moved to Wellington in 1996. Then I built my own house in Churton Park, finally completing it in 2006. A few years after I had built my own home, I decided to purchase one property as an investment – that first property was in Porirua. That’s how I became a landlord.

Since then, on average I have invested in one more rental property each year. I now have properties in Porirua, the Hutt and Wellington city.

I took the values my parents taught me when I became a landlord. There’s an important social element to it – it’s not purely business. We’ve got to pay our mortgages, ensure all the bills are paid on time, but there’s more to it than that. It’s also about making sure people have good accommodation, that they are comfortable. I won’t rent out a place that I wouldn’t want to live in myself.

I have several properties which now house people who are supported by the DCM workers on the Aro Mai Housing First team. The best thing about it is that you are providing homes for people who really need them. That gives me satisfaction. The rent is paid regularly – I don’t have any issues with rent. And the tenants are supported by DCM and Emerge – I don’t have to worry about that either.

Last year I spent some $35K upgrading one property – painting, plastering, carpeting, and making the kitchen and lounge open plan. I didn’t need to do it. But I like to do this kind of work, and it’s very uplifting for people when they move in.

One of the tenants DCM is supporting came by a few days before her tenancy was due to begin, watching our progress and getting very excited – she wanted to move in right away. It was great that she was able to get a nice place to live.

What would I say to someone thinking about providing a house for DCM to house someone from homelessness? I would say have an open mind. Yes, there can be some issues. But the good part is that things are always sorted quickly. The DCM team are great to work with and I find it very easy to get in touch with the Emerge Aotearoa tenancy managers, Vicky and Victor. There’s a whole team supporting us as landlords, and it all works really well.

See more of the fantastic work of DCM here.