(A) Little Hope for the Marginalised?

Home/Uncategorized/(A) Little Hope for the Marginalised?

A central part of the Christian message is hope for a just and fair sharing of the plentiful resources of our country and our community. Hope is not an empty optimism that things will get better “some day.” Hope is built on the lived experience of communities seeking just and fair outcomes for their people. NZCCSS speaks out of the experience of those who stand beside vulnerable people in their pain, need and desperation and work with and their communities to bring change, to take their lives to a better space. 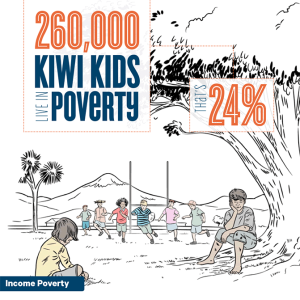 The 2015 Budget saw a glimmer of hope for children in poverty in New Zealand, but there is a lot more to do. Major structural change to overcome poverty can happen and is happening around the world. In an historic moment, the President of the World Bank joined together with world religious leaders in calling for an end to extreme poverty in the world by 2030 as part of the new global sustainable development agenda. They noted that the hope for this is founded on the real experience of seeing the number of people living in extreme poverty reduced from 2 billion to 1 billion globally. Religious leaders stated that

We in the faith community embrace this moral imperative because we share the belief that the moral test of our society is how the weakest and most vulnerable are faring. Our sacred texts also call us to combat injustice and uplift the poorest in our midst. No one, regardless of sex, age, race, or belief, should be denied experiencing the fullness of life.

While New Zealand does not have extreme poverty on the scale of many of the poorest countries of the world, the message about poverty applies both to how we treat the poorest in our country as well as our contribution as a country to international aid to developing countries. If our social and economic policies as a country are guided by the vision of ending poverty, then the targets and goals our government sets itself will reflect this.

So among the next steps we look for from our political leaders is a clear commitment to reducing child poverty and a timeframe for achieving this. A reasonable and very achievable target has already been proposed by the Childrens’ Commissioner’s experts advisory group  on child poverty:

That is a target worth committing to…