Emergency housing boost but will it solve affordable housing crisis 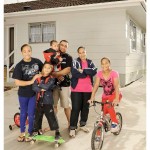 Against a backdrop of growing numbers of families living in inadequate housing situations such as tents, cars and other temporary dwellings, the recent announcement of $300 million on emergency housing has come in the nick of time.

The extra money is looking to find an extra 1400 places, 600 Auckland and 8000 in areas ‘of high demand’, and will specifically go into emergency housing, more support for tenants and more frontline staff. A cross-agency team has established to find properties and, in Auckland, build new ones, if necessary.

$3000 million is not an insignificant amount but surprisingly the outcome is described as an interim measure while more permanent solutions are found.

Overall, the social housing sector is positive about the announcement but have concerns the underlying issue – insufficient growth in building low cost housing – may not be addressed in the medium to long term.

Auckland’s Monte Cecilia Housing Trust Chief Executive Bernie Smith has expressed some reservations about the distribution process saying “$10.4m allocated for more front line staff at the Ministry of Social Development to help people find accommodation would actually be better off going to providers who were already doing that work. Often MSD staff are so under-resourced they don’t ask the right questions so people are not given a housing opportunity, rather they’re taken off the housing list or never put on it,” he said.

Salvation Army Director of Social Policy Ian Hutson has welcomed the increased funding but said permanent accommodation was still lacking. “We think that’s where the government needs to put a lot more energy and, probably to be honest, a lot more money.”

Scott Figenshow, Chief Executive of Community Housing Aotearoa also welcomed the funding but wanted to see work with existing contracted Auckland providers to get the operating model right so we don’t build dependency on a short-term approach. “We think this is a great opportunity to expand the Housing First approach – the reviewable tenancy period is three years in social housing at which point in time people are potentially able to move on. The Government should be open to working with providers to ensure a mix of emergency support services and Housing First approaches that can be tailored to the needs of families in this project,” .