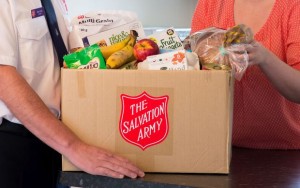 Salvation Army has recently launched a new online initiative allowing shoppers to donate $15 women’s hygiene bundle to young women who go without sanitary products. The initiative follows a steady increase of requests over the last year as prices have increased.

Major Pam Waugh, Head of Salvation Army Community Ministries, reported “Many women, particularly mums with teenage daughters, who were receiving food parcels through organisation’s lifeskills programme and been “quietly asking” for pads and tampons to included in their hampers“.

Other supporters told stories of students skipping school and university or using “newspaper, telephone books, rags,” as sanitary products has prompted a campaign to provide the necessary items to those in need.

Salvation Army territorial public relations director Shane Chisholm boldly advocated for men to take some action saying the charity was seeing more demand than ever before for the products, and while men may not be directly affected, they needed to take responsibility for solving the problem as well.

“It’s not just a women’s issue, it’s a community issue.”